Deborah Steinberg is the Director of Artist Services for WomenArts. She publishes our monthly funding newsletters and maintains the WomenArts Network. A working artist, Deborah writes fiction and has sung in musical projects in France and the U.S. (See her bio.)

SWAN Day Celebrated By Liberated Muses in Washington, D.C. It’s hard to believe it’s been almost three months since the fifth international SWAN Day! We’re  continuing to profile the amazing women who make SWAN Day events happen all over the globe. This year, one of our most delightful discoveries during SWAN season was the Liberated […]

Honoring the Past While Creating the Future:An Interview With Kim A. Clarke, Founder and Organizer of the Lady Got Chops Women’s History Month Jazz Festival Ten years ago, jazz bassist Kim A. Clarke started a festival called Lady Got Chops in New York City to showcase and celebrate women jazz musicians. Lady Got Chops has […]

For the third installment of our series on the movement for equity for women playwrights, we’re profiling the Black Women Playwrights’ Group, a Washington DC-based group that expanded its activities to the national level in 2008. The group was founded in 1989 by Karen L.B. Evans, a playwright who has received fellowships from the NEA […]

As a follow-up to last week’s post on the Los Angeles Female Playwrights’ Initiative, this week we’ll be taking a look at the movement that spawned the West Coast group: the New York-based 50/50 in 2020 initiative. Created in response to the 2009 Sands Study, which confirmed the 2002 statistic that fewer than 20% of […]

The Los Angeles Female Playwrights Initiative, or LAFPI, was formed almost 2 years ago by playwrights Laura Shamas and Jennie Webb as a local, West Coast branch of the national movement for gender parity in the world of American theatre. Shamas and Webb started the LAFPI as an outgrowth of the East-Coast-based 50/50 in 2020 […]

This Saturday, March 31st, 2012, the Dayton, OH community will have the opportunity to celebrate the talent of a diverse group of women artists (and some of their male collaborators) who span several generations. Produced by playwright Stacy Lane and co-produced by filmmakers Dara Cosby and Alex Mangen, SWAN Day Dayton, which will take place […]

Celebrating SWAN Day for the fifth year, DC SWAN Day, organized by The Georgetown Theatre Company, will expand its multi-disciplinary festival of women in the arts outside of Georgetown, with events at The National Museum of Women in the Arts downtown, as well as events in Adams Morgan and Dupont Circle. The DC festival kicks […]

San Francisco, CA, June 16, 2010 On Wednesday, June 16th, 2010, San Franciscans will pack The Independent to celebrate the fourth anniversary of the WomenROCK Collective, a group that has contributed to making the city by the bay a great place for women musicians and their fans. Founded in San Francisco in 2006, the collective […] 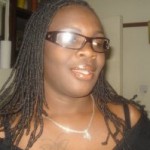 By Deborah Steinberg Sophie Dowllar is the programming manager of the 5 Centuries Human Rights Theatre Group in Kenya, which uses theatre to engage communities in addressing and solving their problems. She has organized two SWAN Day celebrations in Nairobi, Kenya, and is currently preparing for SWAN Day 2010. Dowllar talks to the SWAN Day […]

Dayton, OH – On Friday, February 5, 2010, 70 people, including Dayton’s mayor, braved a snowstorm to attend the opening reception of “Art Makes Us Human,” an exhibit of work by Mary Perry Stone (1909-2007), a WPA artist who focused on social justice and civil rights. The exhibit inaugurates “The Mary Perry Stone Women’s Art […]

Melodia Women’s Choir of New York City is an ensemble of 35 singers who perform an eclectic mix of women’s choral music under Artistic Director Cynthia Powell, often shining the spotlight on women composers. This November 14, 2009 at Saint Peter’s Church (Lexington Ave. at E. 54th St., NYC), the group will perform a new […]

WomenArts joins avant-garde artists and appreciators in mourning the death of Suzanne Fiol, photographer, curator, and founder of ISSUE Project Room, one of New York’s most important performance spaces devoted to experimental culture. Fiol passed away on Monday, October 5, 2009, at the age of 49, of cancer. A respected photographer whose work was exhibited […]

Can truly radical social movements bring about change when they work within a nonprofit structure modeled on a corporate capitalist model? Brandi Rose, a graduate student in the Arts in Youth and Community Development program at Columbia College Chicago, examines the ways in which the structures that legitimize and facilitate the work of social change […]

As a lover of literature, I decided to take some time off from editing the WomenArts Funding Newsletters and challenge myself to make a list of my 10 favorite books by women authors (it wasn’t easy to narrow it down!). What follows is not a comprehensive guide, just a list of my personal favorites – […]