There have been over 2,000 SWAN Day events in 37 countries since the holiday began in 2008!  Please visit the links below to see videos from some of these events.

SWAN Day 2008 Kenya (2 minutes)
Sophie Dowllar has organized SWAN Day events every year in Nairobi since 2008. We were thrilled that they used our free downloadable SWAN Day logos to make t-shirts and posters. This video clip is the musical introduction to a longer piece documenting SWAN Day 2008 Kenya: Watch the video.. You can also read an interview with Sophie Dowllar from March 2010.  (Note: There are  videos for each year of SWAN Day Kenya on YouTube.)

Sandra Oh, star of the hit television show, Grey’s Anatomy, and the movie, Sideways, talks about why she is inspired by the musician Bjork. This video introduced our Folkmanis swan puppet who has participated in many other SWAN Day videos and events.  Watch the video.

NBC News 4 New York covered the SWAN Day panel discussion featuring Broadway designers and directors that we did in collaboration with the League of Professional Theatre Women.
Watch the video.

Isabel Allende did a special SWAN Day video as part of the San Francisco Women’s Film Festival 2009. She talks about her education and the women who have inspired her and helped her succeed. She encourages all women artists to “be connected” with each other. Watch the video.

Catherine Aselford organized 29 events in 5 venues for the SWAN Day 2010 festival in Washington, DC.  The video shows that she used our free downloadable logos, flyers, and other publicity materials. This was her third SWAN Day event: Watch the Video.

Jennifer Hill has organized a festival of women-led rock bands for each SWAN Day. This video from March 2017 is a celebration of the 10th anniversary of SWAN Day CT.  It  includes clips of SWAN Day CT artists and footage of Jennifer Hill discussing  the  mission and history of  the event.  Watch the video. (Note: There are videos for each year of SWAN Day CT on YouTube.)

Famke Janssen, best known as a star of the X-Men movies, did this special video interview with us to talk share her thoughts about the challenges of being a woman artist, the inspiring work of Louise Bourgeois,  and the importance of SWAN Day.  Watch the video.

Executive Director Martha Richards moderated a lively panel discussion with leading feminist arts activists – Elizabeth A. Sackler, founder of the Sackler Center for Feminist Art at the Brooklyn Museum; Carol Jenkins, founding president of the Women’s Media Center; and Arlene Goldbard, a strong advocate for “a new WPA.” You can read Martha Richards’ comments about “Recognizing Artists as Workers” and watch or read Arlene Goldbard’s presentation or download the script of the play that was read at this event.  You can also see additional information about the WPA that we compiled as part of our SWAN Day 2010 Celebration of Women Artists of the WPA. 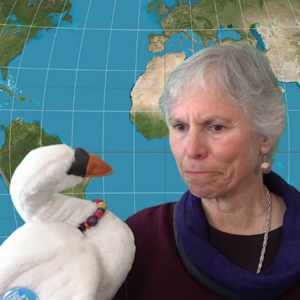 This is a short video that WomenArts Executive Director Martha Richards created for SWAN Day 2020.  It features the speaking debut of  T. Swan, the SWAN Day mascot that Richards has carried to many conferences and SWAN gatherings over the years.  T. Swan was first seen in 2008 in  the Sandra Oh video above and can be seen in the Isabelle Allende and SWAN Day NY 2010 videos.  Watch the video. 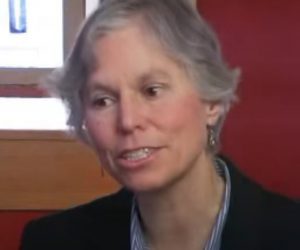 THE PRELUDE TO SWAN DAY  – The WomenArts Network (7 minutes)

This video was created in 2006, two years before SWAN Day was launched, in order to introduce people to the mission and services of WomenArts, which was then known as The Fund for Women Artists.  It includes clips of women artists that WomenArts was serving at the time, and pictures of women who had created profile pages on our online directory, the WomenArts Network.  Watch the Video.

As WomenArts grew, it offered grant-writing services to more artists. Since the demand for its services was growing, WomenArts established its website at www.WomenArts.org in 1999 and started investigating ways to provide online services.  WomenArts launched its free funding newsletters for theatre and film video artists (now #StageOpps and #ScreenOpps) in 2000.  In 2003 WomenArts received a grant from the National Endowment for the Arts to create an online directory of women artists called the WomenArts Network.  By 2007 the WomenArts mailing list had grown to over 7,500 names because of the free funding newsletters and the WomenArts Network. Over 1,600 women artists from all over the world had created profiles on the WomenArts Network.  SWAN Day was a success in its first year because WomenArts had built so much goodwill with artists around the world through this earlier work.