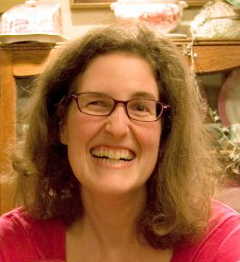 As we previously announced, WomenArts is looking for new voices for the WomenArts Blog, and we will be publishing one guest blog per week from January through June 2017 as part of our celebration of the 10th Anniversary of Support Women Artists Now Day/SWAN Day.  Goldhaber will be working closely with WomenArts Executive Director Martha Richards to curate and edit the articles in that series and to handle other writing and research projects.

Goldhaber is best known as a producer, director, and playwright.  For eight years she ran Flying Fig Theater in New York, whose mission was to tell women’s stories through commissioning new plays and rediscovering plays from the past.  She also worked as the Associate Development Director at New York Theatre Workshop for four years, and as a grants manager at Brooklyn Academy of Music for three years.

In 2008 at age 36, Goldhaber had a stroke that paralyzed the left side of her body and destroyed the vision in her right eye, but she has been determined to continue her work in theatre. You can read her inspiring article about her return to directing after her stroke in an article she wrote for Theatre Bay Area, One-Eyed, One-Armed Directing.

Since her move from New York to the San Francisco Bay Area following her stroke, Goldhaber’s plays have had staged readings with Playwrights Foundation, Central Works Writers Workshop, and Symmetry Theater.

She has directed for Boxcar Theatre, the Olympians Festival, and the San Francisco Playwrights’ Center.  She is currently working with Wry Crips Disabled Women’s Theater to create a new ensemble play, a sci-fi comedy. 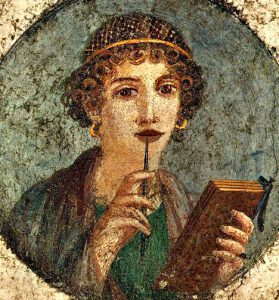 If you have an idea for a guest post for the WomenArts Blog, please check out our Blog Submission Guidelines.

We are specifically looking for articles about inspiring women artists, gender parity research and action strategies, or helpful resources for women artists.  We cannot accept articles on other topics at this time. If your idea is a good fit, please send it to us using our Blog Inquiry Form.

GO TO THE BLOG SUBMISSION GUIDELINES>>