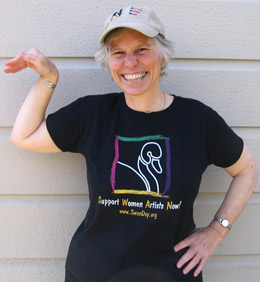 As long-time WomenArts followers know, the Support Women Artists Now/SWAN Salute is a gesture that you can use to greet people on Support Women Artists Now Day or any day to show your solidarity with women artists around the world.  It was invented by WomenArts Executive Director Martha Richards for the first celebrations of SWAN Day in March 2008.

To show that their are people around the world who care about women’s equality in the arts, we would like to create a gallery of pictures of people doing the SWAN Salute on our WomenArts-SWAN Day Facebook page.

Please send us your SWAN Salute selfies or group photos.  You can post them to The WomenArts-SWAN Day Facebook page or if you have posted them elsewhere, send us the link. We will publish the best ones in our upcoming newsletters.

Evolution of the SWAN Salute

Martha Richards’ original SWAN Salute used one hand in the air to indicate the SWAN’s head, and one hand on the hip to indicate the SWAN’s body, but as arts advocates, we encourage you to be creative in your SWAN pose and in every other aspect of your life.  It is helpful to say, sing,  or shout, “Support Women Artists Now” and/or “Happy SWAN Day!” while you are doing the pose so that people will understand what it means. Here are some recent variations to inspire you: 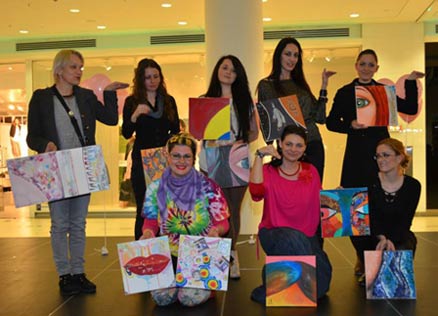 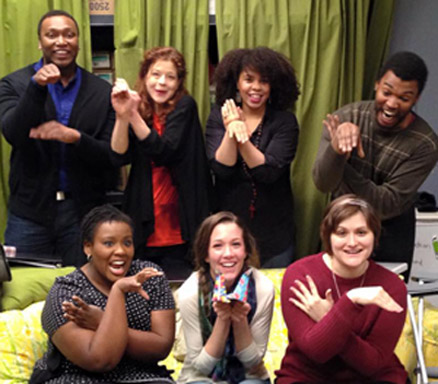 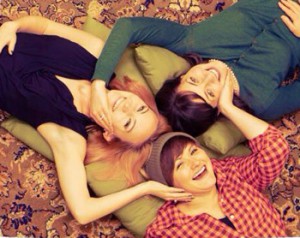 This one is Martha Richards’ personal favorite so far because it captures the team spirit of SWAN Day and it is a great reminder that we all need to rest sometimes in order to maintain our stamina in the ongoing struggle for women’s rights. Brava, Pittsburgh!