WomenArts is proud to announce that Sarah Moore of Orlando, FL won the $1,000 First Prize in the 2018 Support Women Artists Now Day/SWAN Day Song Contest for her rousing anthem, Women of the World Unite.

Toya Alexander of Oakland, CA won the $500 Second Prize.  We awarded two $250 Third Prizes – one to Lisa Brigantino of Brooklyn, NY  and one to Sari Miller and Jesse Ritter of Skokie, IL.

We also awarded five Honorable Mention prizes of $100 each to Judy Fjell, Jean Ann Garrish, Jess Godwin, Porsche Ing, and Diana Williamson & Barbara Chamberlin.   You can listen to all of the songs by clicking on the links below. 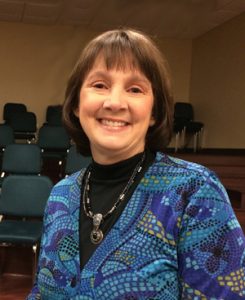 Sarah Moore‘s Women of the World Unite is a wonderful call to action that truly captures the spirit of SWAN Day.  Here are the lyrics to the chorus:

Moore is a singer and songwriter from Orlando, Florida. She has worked for over three decades as a composer, vocalist, music director, and music contractor for her own company, College Park Productions, and for The Walt Disney Company.  She has written songs for children and adults and created music for theme parks, radio and television stations, and commercials.  She has also done background vocals for artists and publishers’ demos.

Moore hopes that her song will help to unite women artists around the world.  She has generously provided sheet music for people who want to learn the song.  If you would like to get copies of the sheet music, please contact WomenArts>> 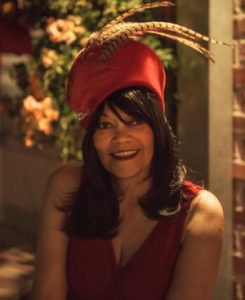 Toya Alexander originally wrote her winning song for a performance at a college graduation, but her question, “What will you do with the rest of your life?” is relevant at every age.  Her soulful lyrics address fundamental issues that many women artists face every day:

“Will you hold to that vision
that your heart deeply yearns?
Because now is the time, now it’s your turn.”

Toya Alexander says that writing and singing music has always been the saving grace that has propelled her through the good and bad times in her life.  She is a self-taught singer, songwriter, and composer, who has written hundreds of songs over the years.  She has performed as a singer under the stage name “Simply Toya,” and she is currently working on a CD which will feature her winning song.

She is also a playwright, who has produced and performed in several musical tributes where she played the late jazz and soul singer, Phyllis Hyman.  In 2017 she produced three sold-out concerts in Alameda, CA featuring her own songs and the music of Phyllis Hyman.  On June 16, 2018, Toya Alexander will be performing with Lloyd Gregory and his Ensemble Of Stars  in a benefit jazz concert for her daughter, Trinese Robinson, who is a 5-time breast cancer survivor and author.  The concert is at 7 p.m. at Rhythmix Cultural Works in Alameda, CA.  Get tickets>> 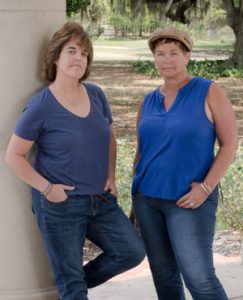 Sari Miller and Jesse Ritter submitted Rock and Roll Dreamer, a catchy tune about the reasons women artists persist in spite of all the challenges:

“I never said that it would be easy
The road we choose is usually not
I only said that it might be better
And better is worth a shot.”

Sari Miller and Jesse Ritter met as artists in the Chicago musical theater scene, and their creative partnership bloomed from there.  In 2016 they formed Spellbound Productions to write, produce and perform their music.

They believe in the healing power of music, and their song, Namaste, was an honorable mention in the 2017 SWAN Day Song Contest.

Hailing from New Jersey, Sari Miller is a classically trained keyboard player with a rocker’s soul. She has a degree in Performing Arts from  Barnard College and a certificate in arranging from Berklee College of Music.  She is an award-winning songwriter and co-author of the award-winning musical, Mom.

Born in New Orleans, Jesse Ritter studied music at Southeastern Louisiana University and got her masters in voice from Northwestern. She has toured extensively as a performer in the Midwest and South and won many awards. 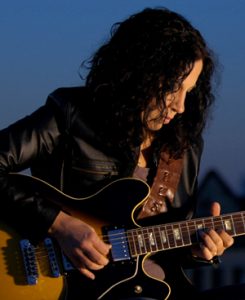 In Every Day’s a Journey Lisa Brigantino sings about our potential to live fully every day and accompanies herself with some stunning guitar playing:

Lisa Brigantino is an award-winning singer-songwriter/composer/multi-instrumentalist who also composes music for film, TV, advertising and more.  She is a music supervisor and rights clearance specialist via her company Hidden Pond Productions, Inc.

Her most recent album “Wonder Wheel” received a five star rating and “Pick Of The Week” from Indie Music Critic and Muzikreviews.com.

Among other accolades, Lisa was a 2016 New Jersey Folk Festival singer/songwriter showcase winner and a finalist in the 6th Annual International Acoustic Music Awards and the First Annual Songs For Social Change contest for her song “ Used To Be A House.” Lisa is a former original member of Lez Zeppelin, the world’s first all girl Led Zeppelin tribute band and toured internationally with the band playing bass, bass pedals, mandolin and keyboards.  She left the band in 2009 to focus on her original music. Lisa released two singles in 2014 including “Every Day’s A Journey” and she is currently finishing work on her next full length album due out summer of 2018.