Thanks so much to all of you who participated in Support Women Artists Now Day/SWAN events as artists or audience members.

As usual, we were blown away by your amazing creativity and diversity.  We loved seeing the photos of your events, and we wanted to share a few of them below. We have also been sharing photos on our new Instagram account (www.instagram.com/swan_day) using #SWANDay.

If you have not seen it yet, be sure to check out the Full List of 2018 SWAN Events>> 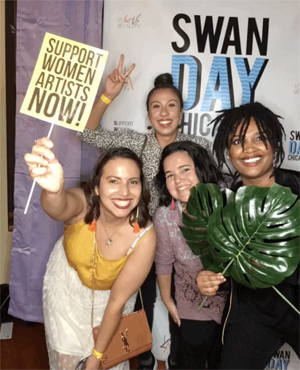 ILA Creative started SWAN Day Chicago in 2014. This year’s showcase was a fundraiser for SkyArt, a non-profit visual arts organization for the youth of Chicago’s southside.

In a city where arts programming for youth is scarce and rarely funded, SkyArt makes a huge impact in the Chicago community. 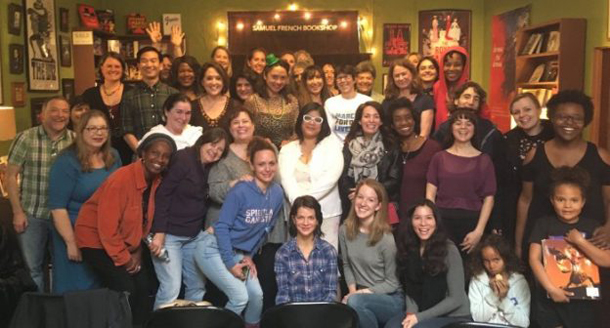 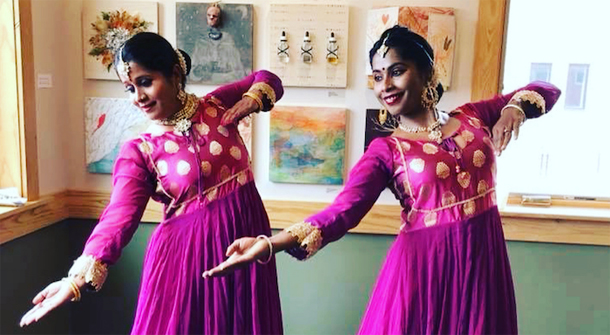 SWAN Day Milwaukee, now in its third year, invited women artists to explore their artistic and spiritual connections to nature, and how these roots nourish one’s work, activism and daily living. Dozens of new artists were included in this year’s opening celebration. The art exhibit is currently open and runs through May 31, 2018 at the Urban Ecology Center, 3700 W Pierce St, Milwaukee, WI. 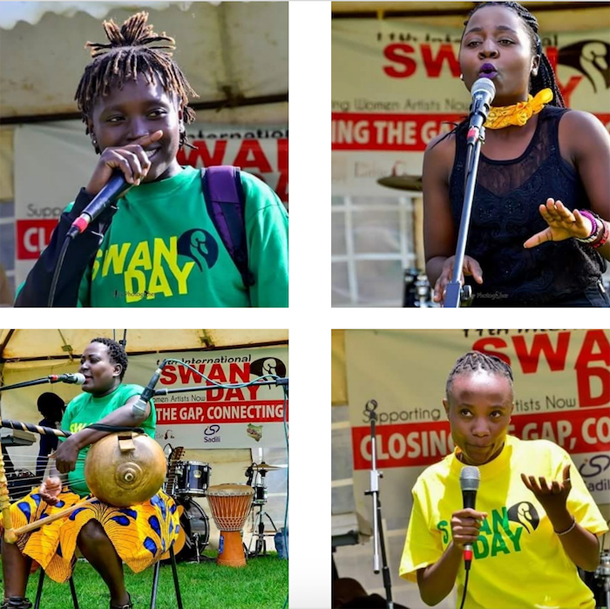 The theme of SWAN Day Kenya 2018 was Closing the Gap: Connecting Artists. Over 70 female artists participated in the day-long festival this year. SWAN Day Kenya was coordinated by Sophie Dowlar. Please take a look at this fantastic video about their 2018 festivities. 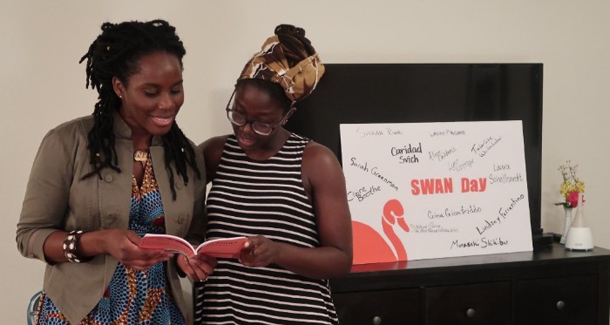 Jackie Vanderbeck, Artistic Director of Sing for Your Seniors and an active member of Statera Foundation, hosted a Women’s Playwright Symposium in Baton Rouge, Louisiana in honor of SWAN Day 2018. 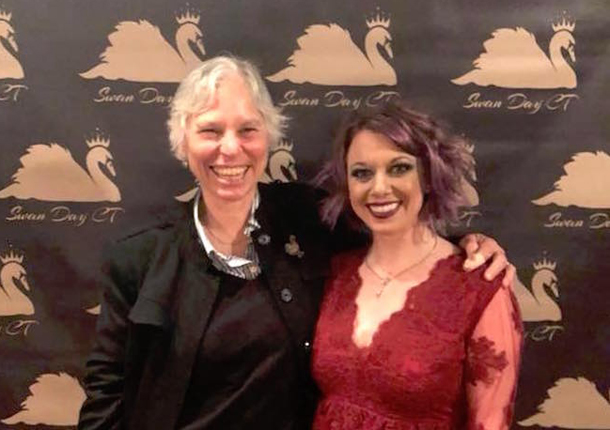