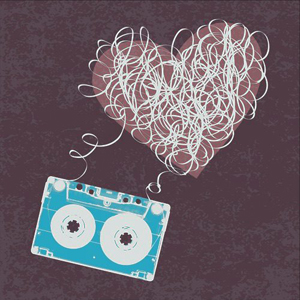 Julia Cho’s “The Language Archive” is a comedy about language and love.

WomenArts is collaborating with Symmetry Theatre  on  two SWAN Day benefit performances this week in our home town of Berkeley, CA.  We are presenting two staged readings of Julia Cho’s The Language Archive in a  specially-commissioned bilingual adaptation by Octavio Solis on Sunday and Monday, March 11 & 12 at 7 p.m. at the Live Oak Theater in Berkeley, CA.  Buy Tickets>>

The performances will feature professional theatre artists from Mexico as well as the U.S., and the proceeds will be donated to two groups working for immigrant rights – the American Civil Liberties Union and Mujeres Unidas y Activas.

The Language Archive is about a linguist who is an expert on the world’s dying languages, but has trouble communicating with the people around him. It is a comedy about language and love, and Symmetry Theatre’s Artistic Director Chloe Bronzan says that the bilingual adaptation by Octavio Solis, The Language Archive/ El Archivo de Idiomas, works well because the play is about the challenges of trying to understand each other.  The performances will be easily understood by both English and Spanish speakers. 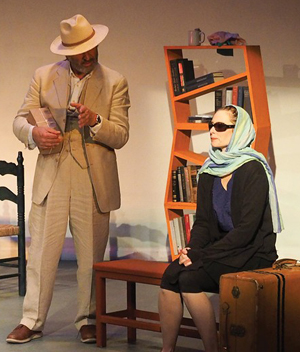 Bronzan conceived of this project because she wanted to find a way to work with Mexican actors that she had seen on a trip to San Miguel de Allende. She felt a kinship with them as she watched them perform, and she wanted to explore that.

“Our news media try to persuade us that we are different from people in other countries,” says Bronzan, “but in fact, we discovered we have so much in common – they love to stay up late and have intense conversations just like theatre artists in the U.S.”

“One of the main goals of Support Women Artists Now Day is to build solidarity among women artists world-wide, and that work seems more important than ever now,” says WomenArts Executive Director Martha Richards.

“In these times when our President is talking about building a wall to keep Mexicans out, arts organizations need to bring Mexican artists in and remind everyone of the positive influences of Mexican culture which are all around us here in California.  They are in our architecture, our street names, and our food, and also in our economic life where brilliant Mexican-American labor organizers like Cesar Chavez and Dolores Huerta have improved the working conditions for so many people here and all over the U.S.” 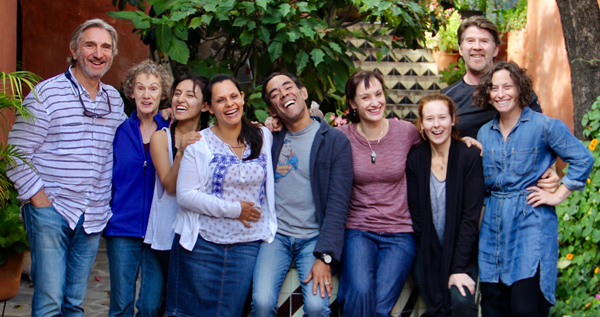 WomenArts is working with Symmetry and other local companies to make this a true cultural exchange.  The cast members of The Language Archive will attend a performance of Julia Cho’s Office Hour, which is currently at Berkeley Repertory Theatre, as well as the Golden Thread’s What Do the Women Say? Dismantling Patriarchy in San Francisco, which is a performance by leading Middle Eastern women artists that is also sponsored by WomenArts as part of Support Women Artists Now Day.  They will also attend Between Us, an evening of solo plays at Theatre First.

Playwright Julia Cho is planning to attend the Sunday night performance of The Language Archive and the company members from Berkeley Repertory Theatre, Golden Thread Productions, and other local companies have also been invited.

The mission of Symmetry Theatre is to “set the standard for gender parity in professional theatre.” Founded in 2010, Symmetry is one of the first companies to focus on gender parity, particularly in the representation of actors onstage. Symmetry strives to produce plays that have an equal or greater ratio of female/male roles and requires the hiring of an equal or greater ratio of female/male Equity actors.

WHAT: The Language Archive/ El Archivo de Idiomas by Julia Cho,
Spanish translation by Octavio Solis
WHEN: March 11 and 12 at 7:00 pm.
WHERE: Live Oak Theater, 1301 Shattuck Avenue, Berkeley, CA 94709
TICKETS: Reserve tickets at https://www.brownpapertickets.com/event/3323769
Suggested Donation: $15 or more. Both performances are “Pay What You Can.”
No one will be turned away for lack of funds.