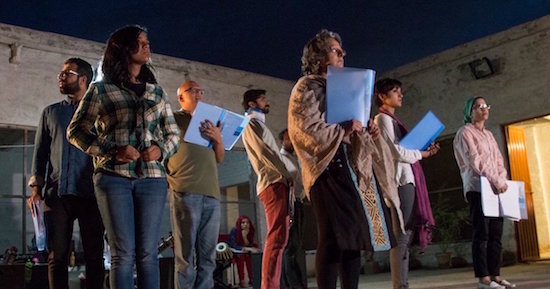 In the wake of the deadly school shooting in Florida many parents are left wondering how to explain and address horrific acts violence to their children. Can theatre help communities reclaim public spaces such as museums, movie theaters, concert venues, and schools? Theatre Wallay says yes.

On Common Ground is a devised theatre piece that explores how communities reclaim public places which have been targeted as venues for terror. At a time of heightened political, social, and religious sensitivity and growing intolerance to diversity all over the world, Theatre Wallay is using theatre to address the disappearance of public cultural spaces due to extremism.

“Economic considerations and shifting priorities are killing off cultural spaces, which are perhaps the best means to combat fear and terror and division,” says Theatre Wallay Artistic Director Fizza Hasan. “Public cultural spaces build tolerance and bring people together in a climate of mutual respect and understanding through creative and artistic expression.” 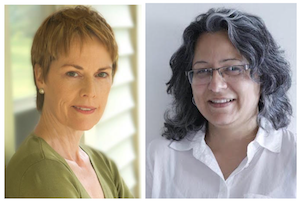 While the piece originated in Pakistan, its first performances took place in the United States. We need look no further than the recent mass shootings in Parkland, Las Vegas, Sutherland Springs, and Newtown to know that this topic resonates with American audiences. “For people all over the world – violence has overtaken our public spaces”,  Kathleen Mulligan said in a recent interview with WomenArts. “Parents are afraid to take their kids to a park,  high school students are afraid to go to school in the U.S., and their parents are afraid to send them. What does that say about our world?”

Watch Theatre Wallay’s first performance of “On Common Ground” at The Artists Rep Theatre  in Portland, OR

The History of On Common Ground

Initial writing sessions and loose rehearsals began in Islamabad in September of 2016. Then in the summer of 2017, Theatre Wallay traveled to Oregon and performed On Common Ground at Artists Repertory Theatre in Portland, Oregon and again on the Green Show stage at the Oregon Shakespeare Festival. In the fall of 2017 Theatre Wallay artists traveled back to the US to present a workshop at Ithaca College. The entire project was made possible by a grant from the US Embassy in Islamabad. 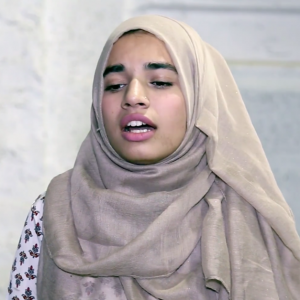 When asked how the project came into being, Mulligan said, “Fizza and I were meeting via Skype sessions to throw around ideas. And then the attack on the children’s amusement park in Lahore happened. And we knew what our subject needed to be.”

On Common Ground Returns to Pakistan

On Common Ground has come full circle and has been translated into Urdu for Pakistani audiences. Zard Paton Ka Ban (On Common Ground) is now touring theaters and schools in Islamabad, Lahore, Karachi and Peshawar, combining performances with educational workshops that encourage students to explore the public space theme through writing as well as participatory exercises. The culmination of the project will be a script writing competition for young people, organized by Theatre Wallay. The winning script will be developed and workshopped with Theatre Wallay artists.