Waking the Feminists has been an extraordinarily successful campaign for gender parity in Irish theatres. In a relatively short period of time, Irish feminists persuaded seven major theatres, including the two largest theatres in their country, the Abbey Theatre and the Gate Theatre, to make commitments to promote gender equity throughout their organizations.

The members of #WakingtheFeminists are eager to share their story and hope it inspires others to take action to achieve gender parity in theatres and elsewhere.

The national theatre of Ireland, the Abbey Theatre, which receives half of the country’s public funding for theatre arts, announced its new season in October, 2015. They called it Waking The Nation to mark the centenary of the 1916 Easter Uprising which established Ireland as an independent country from England. Nine of the ten playwrights were male and seven of the ten directors were also male. Furious responses by designer/arts manager Lian Bell, writer Belinda McKeon, and playwright/literary manager Gavin Kostick launched a conversation on Twitter.

As Lian Bell explained, “The Irish professional theatre community relies heavily on public subsidy to operate. Private philanthropy and foundations don’t feature to any great degree in the funding structure here. The Abbey explicitly states in its mission statement that it exists to reflect Irish society and to put the artist at the centre of the work.  For it then to so blatantly disregard women artists was for us a clear misuse of public money.” The conversation exploded when Irish celebrities started participating and it was picked up by the media.

Two weeks after the Abbey’s season announcement, playwrights, directors, producers, artistic directors, stage managers, designers, actors and audience members met at the Abbey to discuss the systemic gender issues throughout the Irish theatrical industry. It turned out to be the official launch of #WakingTheFeminists.

Waking the Feminists at the Abbey Theatre. (Photo: Fiona Morgan)

“A small group of us decided that we would continue to work as volunteers on the campaign for a year, to see where we would get with the energy that had been generated,” said Bell, who became a founding member. “What that enabled us to do was to fight as hard as we could for one full year, and then put the onus to push for change back on the theatre community itself.”

Under pressure from the media, the Abbey Theatre had to be supportive and released a press statement acknowledging that their season did not represent gender equity. They committed to developing new policies and plans that would. It was the first of many wins for #WakingTheFeminists.

Coming out of the first meeting, #WakingTheFeminists organized their objectives to articulate their needs to the boards and artistic directors of other publicly funded theatres throughout the country. On International Women’s Day in March 2016, seven of these theatres committed to change their working practices to promote gender equity on and offstage, within the administrative offices and on their boards – Abbey Theatre, Druid Theatre, Dublin Fringe Festival, Dublin Theatre Festival, Gate Theatre, Project Arts Centre and Rough Magic Theatre Company. 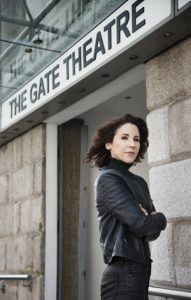 Selina Cartmell is the first woman to be Artistic Director of the Gate Theatre in Dublin (Photo: Gate Theatre)

The effect that #WakingTheFeminists has had on Ireland has been remarkable. Within several months, the Abbey Theatre created eight guiding principles for gender equality that were adopted by their board. The principles included working for gender parity on the board and staff as well as making reports on gender parity a permanent board agenda item and a part of every annual report, creating consciousness-raising workshops for the staff about gender issues, and educating women about career opportunities in theatre.

Also, the Abbey Theatre appointed #WakingTheFeminist member, Sarah Durcan, to its board, and they announced the rest of their 2016 season which was more inclusive of women.

The Gate Theatre, the second largest national theatre, named their first female artistic director, Selina Cartmell. Individuals throughout Ireland were encouraged to use their own voices, organize their own events and push for change locally. The entire theatre community felt that they were under scrutiny and had to respond.

Then #WakingTheFeminists went international. They travelled to the United States and developed a New York chapter with events at the Irish Arts Center and Fordham University. They held simultaneous Women’s Christmas/Nollaig na mBan events in Ireland and New York. They built partnerships with American based women’s advocacy organizations, and in June 2016, #WakingTheFeminists received the first International Lilly Award for the work they had done to advance women in theater.

The year closed with an emotional celebration (http://www.wakingthefeminists.org/one-thing-wtfonething/) back at the Abbey Theatre in November, 2016.  Speaker after speaker, mostly from the theatre industry but also from other industries, got up to talk about the changes they had already seen or were committing to in the future for women and for diversity. Not only were they astonished and proud of the work they had accomplished, they were simultaneously devastated and affected by the recent United States presidential election which reminded everyone how much work still needed to be done world-wide. (Watch videos of the speeches at: http://www.wakingthefeminists.org/one-thing-wtfonething/)

Waking The Feminists Meeting at the Abbey Theater, November 2016 (Photo: The Business Post)

#WakingtheFeminists worked because it had a time constraint, the voices of well-known artists on social media, and a community that was finally ready to come together around the issue. “The campaign managed to eliminate some of the fear of speaking out and criticising established organisations’ practices.” Bell reflected.

A smaller group of #WakingTheFeminists continue to work with the Irish government’s Department of Arts to deliver workshops to the leaders of Ireland’s National Cultural Institutions (the largest cultural institutions in the country) on developing gender balance policies.

Since July, #WakingTheFeminists has been conducting their own research project, spanning ten years of productions for the top ten publicly funded theatre companies in Ireland. Preliminary figures released at the closing celebration demonstrate that 20% of the directors were female; 17% of the playwrights were female; 34% of the designers were female (across all design categories); and 37% of the casts were female. Though atrocious for gender parity, these numbers are fairly comparable to other English-speaking western countries. The study, funded by a small grant from the Arts Council of Ireland, will be released in late April, 2017.

Having gone through such an intense year and a half and with so much to show for it, I asked Bell what advice she would give to her counterparts in the United States. “[B]e persistent . . . Gather statistics and share them-arguments are harder to dismiss when they’re backed up. Connect with others who are trying to do the same thing . . . Use your energy to go to the people with the highest power-possibly your funders-and encourage them to be involved . . . There are so many arguments to be made for improving gender equality . . . We will end up with better theatre, simply.”

For additional resources for how to increase gender parity in your theater industry: http://www.wakingthefeminists.org/take-action/ 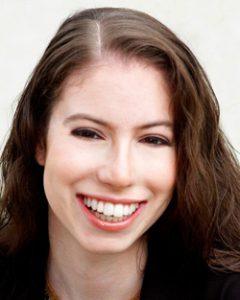 Internationally produced and recognized playwright Elana Gartner has written many plays including Before Lesbians, Because of Beth, Daughter, Pilar’s Brother, Spinning, Tag on Toe, Where We Are Now and Ernie Evan. Two monologues from her plays Daughter and Because of Beth were published in Audition Monologues for Young Women #2: More Contemporary Auditions for Aspiring Actresses (Meriwether Publishing, Ltd., 2013).

Gartner founded the International Centre for Women Playwrights (ICWP) 50/50 Applause Awards and served on the ICWP board for five years. She is a member of the Dramatists Guild and a founding member of the EMG Playwriting Workshop which has supported New York City playwrights since 2004. www.elanagartner.com