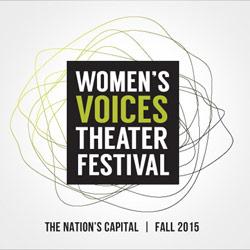 The Women’s Voices Theater Festival in Washington, DC launched on September 8, 2015, and that is great news for women playwrights. During September and October 2015, over fifty theatres in the Washington, DC area will present world premieres of works by 55 women playwrights, along with dozens of other special events including workshops, readings and discussions.  It’s the first time in history that so many theatres have worked together to produce a festival of original works by female writers. You can see the list of plays on the Women’s Voices Theater Festival home page.

This festival feels like a major turning point because so many men and women from companies large and small with a wide range of artistic visions have joined forces to celebrate women in theatre.  Eric Schaeffer, Artistic Director of Signature Theatre, said that the idea for the festival emerged from an artistic director’s brunch at his house two years ago with Molly Smith of Arena Stage, Paul Tetreault of Ford’s Theatre, Michael Kahn of Shakespeare Theatre Company, Howard Shalwitz of Woolly Mammoth Theatre, David Muse of Studio Theatre,  and Ryan Rilette of Round House Theatre.  (Read more about these founding directors in Playbill. )  Women playwrights and theatre leaders from all over the country have been invited to participate, including WomenArts Executive Director Martha Richards, who will be on a panel about gender parity at Woolly Mammoth Theatre on Sunday, October 4 at 4:30 p.m.

“The goal of parity is for there to be as many bad plays by women and people of color as there are by white men. At this magnificent festival there will be great plays and not so great plays in the same ratio as everywhere else, and that’s what we are going for.”
– Lisa Kron at Women’s Voices Theater Festival Kickoff

The kick-off event of the festival was held at the National Museum of Women in the Arts and featured Tony Award-winning playwright, Lisa Kron, being interviewed by National Public Radio’s special correspondent, Susan Stamberg.  Fortunately for those of us who could not attend, HowlroundTV livestreamed the event and then posted the interview on YouTube.

When Susan Stamberg asked Lisa Kron if she had any tips for other women playwrights, Kron made several important points. First, she stressed that the path will be different for every woman artist, and that her own career was shaped by being in the East Village and seeing the ground-breaking work of Peggy Shaw, Lois Weaver, and Deb Margolin of Split Britches.

Second, she said it is important to remember that making art and making a living from art are two different things. It is wonderful to be able to make a living from your art, but she knew many, many talented people (even talented straight white men) who were not able to do it.  She said that the theatre world is not fair, and people have to accept that. 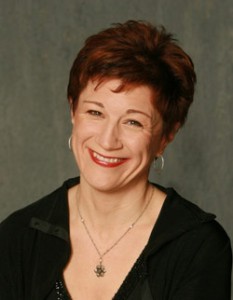 Finally she urged playwrights to remember that their primary relationship is to their audiences, not to the producers.  She feels it is very important for women playwrights to choose  producers who will help them reach their intended audiences.  In her own case, she had spent years working with the Five Lesbian Brothers at the beginning of her career.  She said it was frustrating because critics would not come no matter how good the work was, but on the other hand, those years were “an incredible gift” because the company was able to focus completely on making shows that would delight them and their particular audiences. Those years taught her to focus on her relationship to the audience and the joy of the work, and those lessons have stayed with her.

At the end of the interview, Kron made one final point, “The goal of parity is for there to be as many bad plays by women and people of color as there are by white men. At this magnificent festival there will be great plays and not so great plays in the same ratio as everywhere else, and that’s what we are going for.”

To see more coverage of the festival, check out #WomensVoicesFest on Twitter or the Women’s Voices Theater Festival on Facebook.