Weak’s findings are summarized in the infographic below.  You can read the full report and download a full-page version of this infographic at:  WomenArts.org/still-not-even 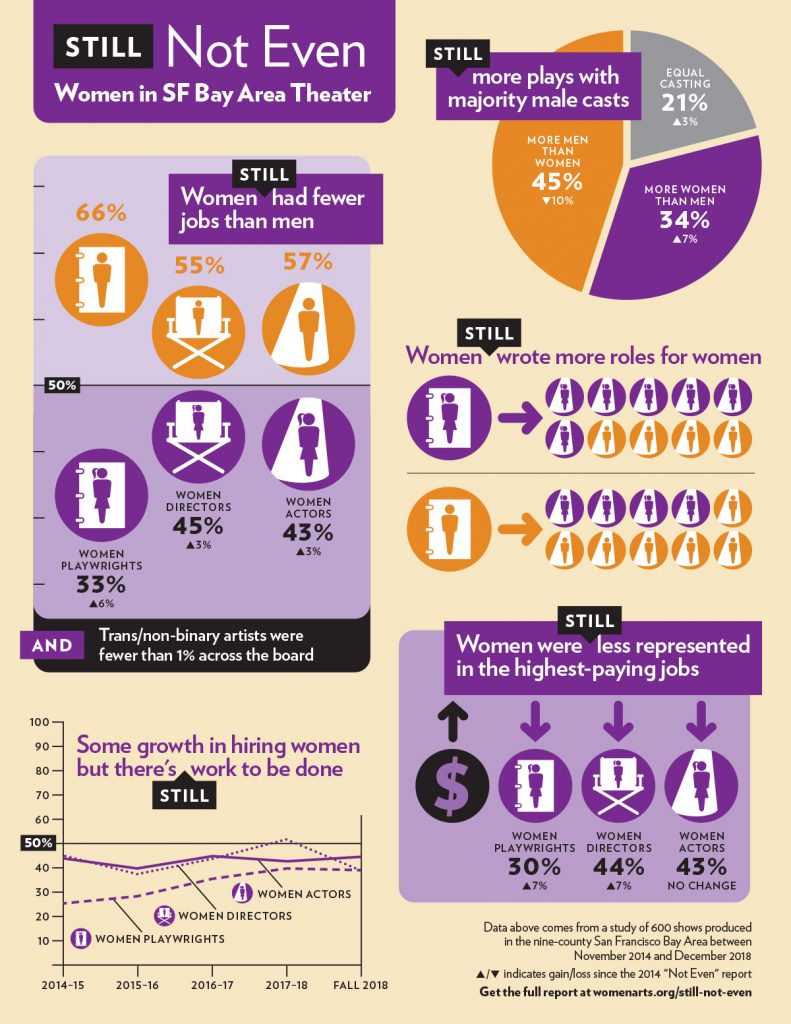 Valerie Weak has been diligently counting the gender of actors, directors and playwrights in San Francisco Bay Area theatres since 2011. Through her Counting Actors Project, she recruited friends and colleagues to help her count by sending her the programs and statistics from shows they had seen.

By the end of 2014, she had gathered statistics on 500 shows, and WomenArts helped her publish her Not Even Report, a gender analysis of the actors, directors and playwrights in 500 shows staged between 2011 to 2014. 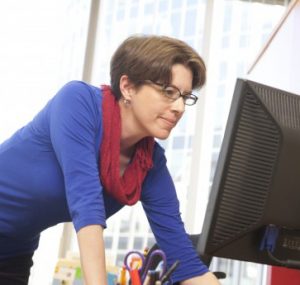 Her first report generated a lot of positive discussion in the community, and Weak continued to collect data.  After she had collected information on another 600 shows, she approached WomenArts about doing a follow-up report.  We were happy to help her, since we were curious to see whether the 600 shows would reveal any positive news about gender parity in our theatre community in the period from 2014 – 2018.

As Weak mentions in her conclusion, there is some good news in her report, but the successes are modest and feel fragile.  The percentage of women directors went over the 50% limit in 2017-18, but then it plunged back to less than the 2015 level.  The percentages for women actors have stayed about same, The steady increase in the percentages of women playwrights seems to be a genuine bright spot, but they are still under 40%.

In the final section called “Moving On”  Valerie Weak exhorts all of us to celebrate our victories but also to remain vigilant about promoting women’s voices in our society.  We have come a long way, but we need to persist until we reach the finish line of complete equality.