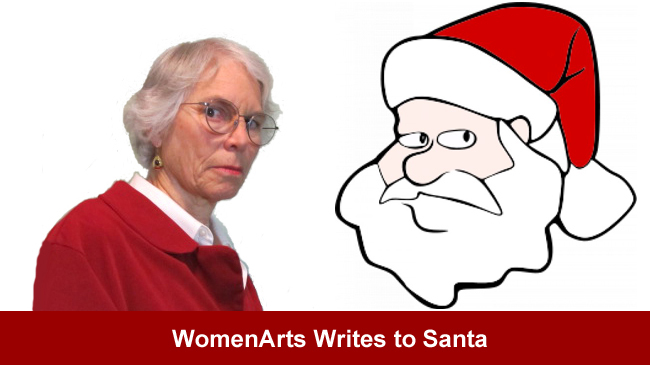 Dear Santa,
First of all, thanks so much for all that you do for the world.  It is wonderful to have an international leader who is such an inspiring symbol of kindness and generosity. I know that this is your busy season, but I wanted to put in a couple of special requests for women artists.

I know that I ask you every year for “more jobs for women artists.” But I think I need to clarify that.  I don’t mean – “Give every woman artist 3 low-paying jobs with no benefits.” 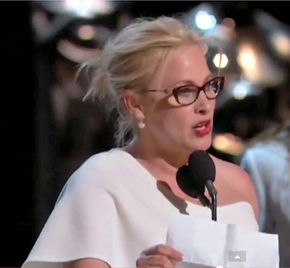 I appreciate your enthusiasm in creating so many jobs for each artist, but it would be much better if you just gave each woman artist one full-time job with decent pay, health insurance and a pension plan.

These need to be full-time jobs where the women are paid for using their artistic gifts. Since you employ so many talented elves every year, I am sure you understand that there are people who are born to do creative work.  These special people can bring so much joy and comfort to the world if we just let them work as artists.  I know I have mentioned this before, but there are so many women artists stuck in jobs that are stifling them.  It is a cultural crisis that no one talks about – every day we are losing so much music, theatre, dance, literature, and visual art that these women could be creating.

Please pay special attention to the women who are being marginalized because of their race, class, religion, sexual orientation or gender identity. They have so many important things to say, and they get so few opportunities. Also, please make sure that the women are paid the same as their male counterparts – none of that 80 cents to a man’s dollar stuff! 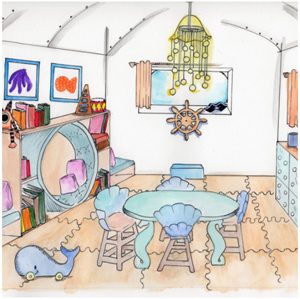 Moms In Film is creating mobile childcare units like the one pictured for filmmaker parents working on location.

I know you love to have children come and sit on your lap one day a year, but who takes care of them for the other 364 days?  Children are your main customer base, and you really ought to be making sure that they have safe, clean, and affordable childcare while their parents are at work.

This would be a huge help for a lot of people, and especially women artists.  I know so many women who have had to limit or leave their artistic careers because they had children and they could not find adequate childcare at an affordable price.  It is especially hard for performing artists who work nights and filmmakers. I hope you will look into this.

Restore the National Endowment for the Arts Budget 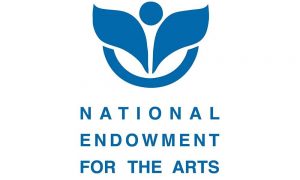 Most of the state and local arts agencies across the country have followed the NEA’s example and cut their budgets too.  This lack of government funding has increased the competition for grants from foundations and individuals.  Most independent artists are not able to make a living on the tiny grants that they get from government agencies and foundations these days. Restoring the National Endowment for the Arts budget will not solve the funding shortage completely, but at least it will be a step in the right direction.

Lumps of Coal for Naughty Men 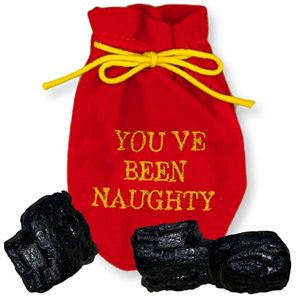 There has been so much bad behavior lately, that I am not surprised if your naughty-meter has broken under the strain. I know it is hard for a kindhearted person like you, but you really need to be more strict.  I keep hearing about proposals for big severance packages for men who have been sexual abusers. I don’t want to tell you how to do your job, but you are sending them very mixed messages. These are guys who think “No” means “Yes” – so you really can’t be subtle. You just need to stick with your stated policies, i.e. nice people get presents, naughty people get lumps of coal only – no golden parachutes on the side.

Thanks again for all your great work.  I hope this is the year that we finally achieve “Peace on Earth and Goodwill to All.”