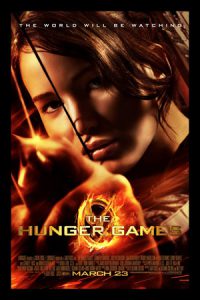 The Hunger Games films are based on the novels of Suzanne Collins.

Not every feminist wants to be called a “broad.” At the writers’ organization Broad Universe, however, that’s exactly how members refer to themselves. The road has not been easy for female writers of speculative fiction, which encompasses science fiction, fantasy, and horror. Co-opting a term with historically derogatory and misogynist meaning is one way these authors fight for their place in literature.

Women should have earned equal footing with male speculative authors from the beginning since women helped create the form.  Mary Wollstonecraft Shelley is generally recognized as the inventor of science fiction.

Shelley’s 1818 novel, Frankenstein: or, The Modern Prometheus, about a scientist who created a creature that horrified him, changed the way the world thinks about the relationship of science to life itself.

Mary Wollstonecraft Shelley began writing her best-known work, “Frankenstein” when she was 18 years old. Her story has been adapted many times. The trailer above is from a 1931 film version.

Some historians reach further back for female roots, pointing to Margaret Cavendish’s 1666 book The Blazing World, about a woman who is shipwrecked in a kingdom where she becomes Empress and uses her power to ensure that it is free of war, religious division and unfair sexual discrimination. (Click here for an essay about the earliest female authors of science fiction and fantasy.)

In spite of their early leadership, female speculative fiction writers still struggle to be seen as equally valuable. That’s why Broad Universe (BU) was created in the year 2000. It grew out of discussions at an annual science fiction convention called WisCon in Madison, Wisconsin. BU is both a website where women can find information and guidance, as well a professional association that helps its members work in the real world. 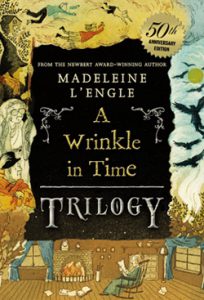 A Wrinkle in Time was rejected 26 times before it found a publisher. It later won a Newbery Award for best children’s fiction.

Camaraderie – Writing is a lonely profession in any case, but especially so for those who self-publish their novels, then struggle for every potential reader. This describes most members of BU. “I think the most important things BU offers women authors,” says current BU president Roxanne Bland, “are support and encouragement, the sense that you’re not a lone voice out there.” To this end, BU is equipped with a forum that lets members talk to each other online as well as make plans to meet in person.

Visibility – Even for those authors who work with traditional publishers, the days of publishers footing the bill for promotion and a book tour are over. BU organizes Rapid Fire Readings, in which members meet up at conventions and take turns reading snippets of their works to each other and anyone else who cares to listen. For short-story writer Barbara Barnett-Stewart, this has been a big advantage, “particularly at larger conventions, where it’s not always possible to get a solo reading.” Bland is convinced that Rapid Fire Readings are great promotion. “I have seen the audience grow from none, to a few, to a packed room.” Morgen Rich, who holds the position of Technology Mistress at BU, found an editor for her work because she had the chance to read aloud.

Critical feedback – Another challenge of self-publishing is making sure the work you’re doing is as good as it can be. That means getting your manuscript in front of other eyes. Roxanne Bland values meeting fellow Broads “who are not shy about telling you this chapter sucks and you need to rewrite it.”

NetGalley – As valuable as critiques from colleagues are, in order to boost sales it’s just as important for a novel to get reviews after it’s published. NetGalley is a service that makes books accessible to book bloggers, librarians, and others in a position to publish an opinion about them. The service is expensive ($40/week per book), but BU secures discounts for its members ($30/week per book). 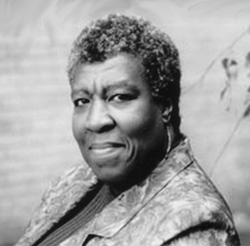 Becoming part of the literary canon – According to Morgen Rich, “20 years ago, only a few academics studied the work of writers like Octavia Butler, who were out of the mainstream not just because they were women writing genre fiction, but also because they were women of color. Just last year, there was an international celebration of Butler’s work; she’s moved into the mainstream, and we see more female writers of color than ever before.”  There is even an opera based on Butler’s 1993 novel, Parable of the Sower, created by Toshi Reagon and her mother, the legendary Bernice Johnson Reagon of Sweet Honey in the Rock.

Obliterating the “boys’ club” – Barnett-Stewart notes that women are gaining power in the field: “We are seeing more women nominated for awards, and a push toward more inclusive convention programming.” However, the fight isn’t over. “There’s been some vitriolic backlash to this progress that can get downright scary, from doxxing [releasing private information online without permission] to rape threats.”

What Still Needs to Be Done 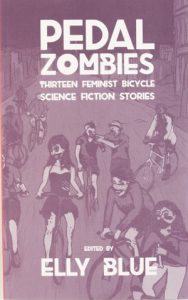 Diversity – The speculative genres, as is true of publishing in general, are far from fully inclusive of diverse voices. “BU can do its part in that effort,” suggests Rich, “by offering greater visibility to genre writers with marginalized voices, such as transwomen.”

Positions of authority – Although there are more women writers in speculative fiction, and they are being read more widely, they do not have an equal amount of power in the industry. Says Lundoff, “I don’t think women writers or editors in the genre have achieved parity as guests of honor, panelists, or as topics of discussion on panels.”

Acknowledgment of past masters – It’s been ages since Frankenstein, but female authors have been creating fiction all this time. They just haven’t had a chance to shine. Lundoff has compiled some interesting lists of women and LGBT speculative fiction writers. A few she considers especially underappreciated are Joanna Russ, Melissa Scott, and Jody Scott.

The BU website’s FAQ page offers a definition of “broad” via the Oxford English Dictionary: “a female companion, a female confederate, a woman of loose morals. A broad is not a lady.” These are authors clamoring to give voice to their imaginations. Don’t try to silence these Broads. 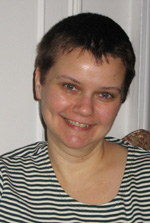