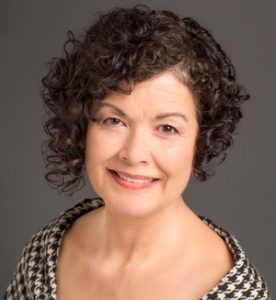 Jane Vogel, Founder of Age & Gender Equity in the Arts

Age & Gender Equity in the Arts, an innovative non-profit based in Portland, Oregon, is the brainchild of Jane Vogel, an actor, activist, and clinical psychologist, who is working to end unfair discrimination in the arts. Since she recognizes that sexism and other forms of discrimination are systemic problems, she is focusing on systemic solutions.

She has created a non-profit that offers substantial cash awards to theatres who can demonstrate that they are committed to “creative and sustainable solutions for promoting equity for women of all ages in the performing arts.”

Cash Awards Put Gender Parity at the Center of the Conversation

Her goal is to create a collaborative relationship and ongoing dialogue with theatres where gender parity is at the center of the conversation instead of an afterthought, and she is using cash incentives to motivate theatres to make deep and lasting changes. She is working to develop a model in Portland that can be replicated nationally. 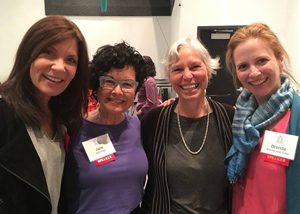 In order to receive the awards, the theatre companies had to submit data and narratives that showed how they were advancing gender parity for women of all ages in their past, present, and future seasons.  The semi-finalists were required to have in-person interviews with  members of the selection committee, a group of thirteen theatre industry professionals from across the country.

Vogel was able to raise part of the money from donors who do not normally support the arts by arguing that discrimination in the arts is a social justice issue. She is guided by Stella Adler’s statement that the theatre “is the place people come to see the truth about life and the social situation. The theatre is a spiritual and social X-ray of its time.”  Vogel argues that If discrimination distorts that truth, the distortion will reverberate through the whole of society.  She has said, “This is not just an issue about women or theatre. This is a social justice issue that undermines the sustainability of the arts and humanity.”

The recipients of the inaugural AGE in the Arts Awards were announced on July 27, 2016 at the 2015-2016 Drammy Award Celebration in Portland, Oregon.  CoHo Productions received $20,000 and Profile Theatre received $10,000. The other semi-finalists were Artists’ Repertory Theatre, Milagro Theatre, Portland Playhouse, and Third Rail Repertory Theatre.

Age & Gender Equity in the Arts

Looking at Entire Seasons – First, unlike most funders, AGE looks at the applicant’s entire season over three years, not just one production. This is one of the few awards programs that challenges theatres to think about the overall patterns of bias in their work and ways to avoid tokenism.

Incentive for Long-term Plans – Second, the application process gives the theatres a strong cash incentive to come up with a long-term sustainable plan for dealing with discrimination in all areas of their work. The current data on gender bias suggests that many theatres are not focusing attention on gender parity in the absence of financial incentives.

Encouraging Honest Ongoing Dialogue – Finally, the announcement of the awards and the application process stimulated a lot of conversation about bias in Portland’s theatre community.  The awards process opened an honest dialogue between theatre companies and AGE supporters that has tremendous potential to change the community in deep ways.  To extend that dialogue, AGE is developing a four track community program that will provide opportunities for theatre leaders, artists, and patrons of the arts to engage in intersectional gender parity conversations.

Vogel was especially encouraged by the effort that theatre companies put into their award applications. In her conversations with them, she learned that due to the ever-shrinking pool of arts funding, a $20,000 award does garner their interest and attention.  She wants to encourage other women to raise funds and build programs that advance gender parity in their communities, and she is happy to share what she has learned. 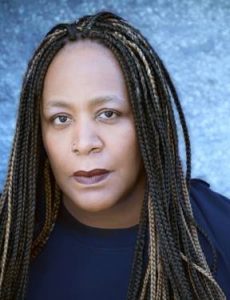 Dael Orlandersmith will give the keynote at the AGE Symposium

The symposium will focus on gender bias and the intersectionality of age, race, ethnicity, sexual orientation, gender variance/ nonconformity, and disabilities.

To Register:  For more information, the complete schedule, and registration, please visit http://ageinthearts.org/unconscious-bias-symposium-2017/.   Registration is $150, but no one will be turned away for lack of funds. Please contact the AGE staff if you need a reduced registration fee.