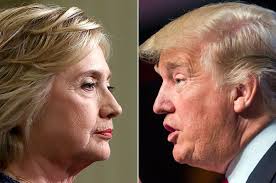 Although the mainstream media have been providing non-stop coverage of the Hillary Clinton and Donald Trump presidential campaigns, the arts have not been mentioned much.

To fill this gap, WomenArts Executive Director Martha Richards compares the positions of the candidates on a few key issues that directly affect women artists. 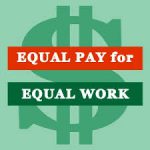 Equal Pay – Women working full-time are still earning 80 cents for every dollar a man does for the same work.  Hillary Clinton is working to close this gap by fighting for the passage of the Paycheck Fairness Act, raising the federal minimum wage from $7.25/hour to $12/hour (women are 2/3 of minimum wage workers), protecting women’s reproductive rights including the right to choose abortion, fighting for paid sick leave, and increasing affordable child care funding  (40% of moms are the sole breadwinners for their families).

Trump has flip-flopped on the issues of equal pay and the minimum wage.  He thinks abortion should be illegal and women should be punished for having abortions except for cases of rape, incest, or threat to the mother’s life.  He opposes government spending on abortion.  Trump has proposed tax credits to help families pay for childcare. 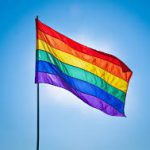 LGBTQ Rights – There are many LGBTQ people working in the arts, and the discrimination they face often takes a toll on their creativity – especially for lesbians and transgender people. Hillary Clinton is a strong supporter of LGBTQ rights, gay marriage, and affordable care for people with HIV/AIDS. (See her position statement.)

According the to a Human Rights Campaign fact sheet, Trump opposes gay marriage and has said that he will “strongly consider” appointing Supreme Court judges who would overturn the court’s 2015 ruling that gay marriage was constitutionally protected. He has also promised to overturn President Obama’s executive order allowing transgender students to use bathrooms that match their gender identity.  His running mate, Mike Pence, has signed a bill allowing businesses to discriminate against LGBTQ people.

Federal Arts Funding: In general, the Democratic Party favors more government spending on social welfare programs and the Republicans want less, and so it is not surprising that Hillary Clinton favors an increase in federal spending on the arts and arts education.  Donald Trump says he will defer to Congress or state and local governments to make the arts spending decisions. (See this helpful one-page summary prepared by Americans for the Arts.)

Clinton has a strong record of advocating for the arts, but whether she can actually increase federal arts spending if she is elected will depend on whether she can get cooperation from the House and Senate. If Trump is elected it seems likely that federal arts funding will stay the same or continue to decrease.  The budget of the National Endowment for the Arts in 2016 is $148 million. It is actually slightly less than the 1979 budget of $149.6 million because it has been under right-wing Congressional attack for decades. 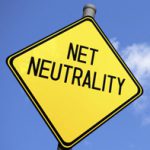 Due to a series of media mergers in recent years, 6 companies now control 90% of U.S. media, raising concerns about their monopoly power.  These big Internet companies want a free market approach to the Internet where they will be able to charge whatever the market will bear for their services.

In 2015 the Federal Communications  Commission reclassified broadband access as an essential telecommunications service, which meant that the public service laws for “common carriers” applied to Internet Service Providers. The ISPs have been challenging this classification in the courts, but so far they have not won.

Hillary Clinton supports net neutrality and she opposes broadband monopolies.  She has pointed out that three-quarters of US households have only one option for purchasing the Internet service that they rely on for shopping, streaming, and doing homework, and that lack of competition makes it possible for Internet Service Providers to charge whatever they want.

Donald Trump believes that the free market should control the Internet.  He is opposed to net neutrality and he is critical of the FCC’s ruling.  He has claimed that net neutrality will lead to censorship of conservative online media, but his reasoning seems illogical since the net neutrality regulations have nothing to do with content.

In spite of his free market stance, Trump has vowed to break up media monopolies.  He has promised to block AT&T’s proposed purchase of Time Warner and break up the previously-approved Comcast-NBC merger. He has claimed that an overly-consolidated media “tells the voters what to think and what to do” and that the media has rigged the election in favor of Clinton.

Trade Agreements and the Arts: When politicians talk about trade agreements, most of us do not think about the arts, but in fact, our films, television, music, and other media are major U.S. exports.  According to the Bureau of Economic Analysis, in 2013, arts and cultural businesses were a $704.2 billion part of the American economy, and produced a $24.1 billion trade surplus.

Our trade agreements with China are of special interest since China produces so many of the cell phones, computers, and audio-visual devices that U.S. artists use.  (See this article and eye-opening chart.)  Also, it is predicted that China will have the largest film audience in the world by 2020.  Many Hollywood producers see that audience as a potential goldmine, but China’s 2012 agreement with the World Trade Organization limits their imports to of U.S. films to 34 films per year until 2017 in order to protect their own film industry and culture.

While Americans have been enjoying the low prices of Chinese goods, they have lamented the loss of U.S. jobs as businesses turn to Chinese factories with lower wages. Trump has proposed a 45% tariff on Chinese imports to encourage more U.S. production.  Clinton has said that we need to focus on “ending currency manipulation, environmental destruction and miserable working conditions in China” by working through the World Trade Organization.  It is not clear what impact either candidate’s plans will have on the prices of our electronic gadgets or our ability to export U.S. films and other media to the giant Chinese market.

Incentives for Charitable Giving:  Under the current U.S. tax laws, whenever you give to a non-profit organization, you can take a charitable deduction when you file your income taxes. This tax deduction is a powerful incentive for people to donate to arts organizations and other non-profits – especially for the biggest donors who get the biggest tax deductions.

Clinton plans to keep this deduction.  Trump is proposing a new tax structure where there are fewer loopholes.  As part of that plan, he has proposed a cap on all itemized deductions – including the charitable deduction, mortgage interest deduction, and state and local taxes paid – of $100,000 for single filers and $200,000 for couples.  Obviously this proposed cap would only affect people wealthy enough to have a lot of deductions, but those high-end donors often provide the bulk of the individual giving at larger arts organizations and other non-profits.

The charitable deduction has periodically come under attack, but so far it has survived because it is championed by colleges, hospitals, and a wide range of other non-profits as well as arts organizations.  It is likely that Trump would face strong opposition from the non-profit sector if he tried to cap the charitable deduction.

Campaign Finance Reform:  Many non-profits experience a reduction in their individual donations during election years because their supporters have already given so much to political campaigns.  It is estimated that this year’s presidential campaigns alone will cost as much as $5 billion – more than twice the $2 billion spent in 2012.  A lot of the money is spent on television attack ads that do little to inform the public about important issues.

Campaign fundraising and spending has increased dramatically since 2010 when the Supreme Court ruled in Citizens United vs. Federal Election Commission that the government could not restrict campaign expenditures by a corporation because that would limit the corporation’s freedom of speech. Corporations now pour huge amounts into various campaigns.  To counter the corporate influence, many candidates mount huge grassroots crowdfunding campaigns.

Both Clinton and Trump say that they will work for campaign finance reforms that will limit election spending.  Whoever wins the election, it will be important to make sure that they carry through on their promises.  Campaign finance reforms would limit corporate influence on the candidates and free up massive amounts of money for other non-profits.