“Every single year this event somehow significantly changes a woman’s artistic career. A sisterhood is formed . . .  artists start producing their own events with SWAN sisters, or they meet someone who buys their most expensive painting, or they are simply inspired to continue on their artistic path when they were thinking about giving up.” 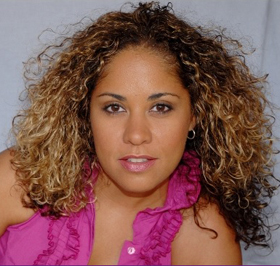 Fifteen women artists from southern Florida will be featured in the ninth annual SWAN Spoken Soul Showcase this Saturday, April 2 from 6 p.m. – 10 p.m. at the Little Haiti Cultural Center in Miami, Florida.

The Showcase will include a free performance by spoken word artists, musicians, and others in the Center’s state-of-the-art theater, and an exhibit of work by women visual artists covering two entire floors at the Center. Santos Sangria, which has generously co-sponsored this event for several years, will provide free sangria and other beverages.

The Showcase is part of the three-day SWAN Spoken Soul Festival, which also includes a day of arts workshops for at-risk youth and women led by women artists as a service to their community, and the Vanessa Baez Memorial Brunch on Sunday, April 3, an annual fundraising event for the festival and for local community organizations.  This year the community recipient will be MUJER, a non-profit organization providing comprehensive social services to victims of domestic violence and sexual assault, and the keynote speaker will be MUJER board member, Laura S. Scop. 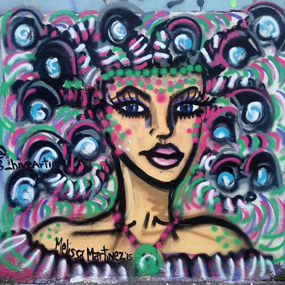 Melissa Martinez’s work will be featured at the SWAN Showcase

Deborah Magdalena, a multi-talented spoken word artist, actress, singer, and television host, started the Spoken Soul Festival as a way of helping women artists advance their careers. Her original idea was to create a showcase for Miami’s female spoken word artists, but when she put out a call for that first event, she quickly realized that other kinds of artists wanted to be involved.

“I am still am a HUGE advocate that we MUST have poets/spoken word artists every year,” says Magdalena, “but as the years have passed we have welcomed all forms of performing and visual artists, with no limit of how many of each discipline.  We look for the most unique and talented artists – women who clearly take their craft seriously.” 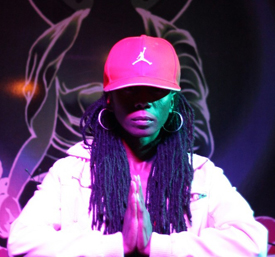 The festival is designed to help the artists build their careers.  It provides three months of free publicity to the artists, a free venue to show their talents, and many networking opportunities. The model has worked well from the start, and after the first festival in 2008, everyone knew that they wanted to do the festival on an annual basis.

As Deborah Magdalena says, “The artists leave the festival eager to network more, fired up to follow their dreams, to finish that album, to set the standards higher for themselves. That is a gift in itself!  My wish is that as an arts community, we can create more significant events for women artists. They deserve it.”