Look What SHE Did! is a nonprofit organization that seeks to inspire women and girls by creating short films about remarkable women who have changed the world.

In honor of Women’s History Month, Look What SHE Did! will be featuring stories of female resilience in March, starting with the premiere of a new film with the legendary labor leader and co-founder of the United Farm Workers, Dolores Huerta, on Sunday, March 7, 2021 at 1 p.m. PST / 4 p.m. EST. 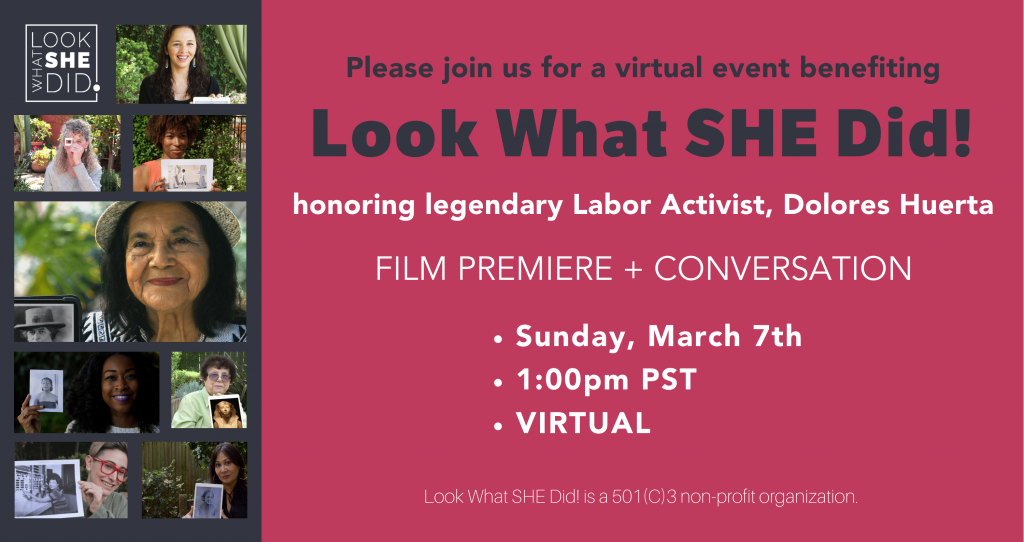 The event will be hosted by the smart and hilarious Kate Rigg, and it will feature an interactive conversation with Dolores Huerta about her resilience as a social justice activist for almost 60 years.

Founded in 2015 by filmmaker Julie Hébert, Look What SHE Did! has created over 150 films about inspiring women. Each film is only 3 or 4 minutes long and you can watch them online for free. They are a lot of fun because they always feature women talking passionately about their personal female role models. The event on March 7 is a benefit for Look What SHE Did! and tickets are available for a minimum donation of $10.

This is a Look What SHE Did! video featuring Kate Rigg talking
about the inspiring Hawaiian politician, Patsy Mink. (4 minutes)

Golden Thread Productions, the first American theatre company devoted to the Middle East, celebrates International Women’s Day every year with a program that showcases the work of leading Middle Eastern women artists called What Do the Women Say? 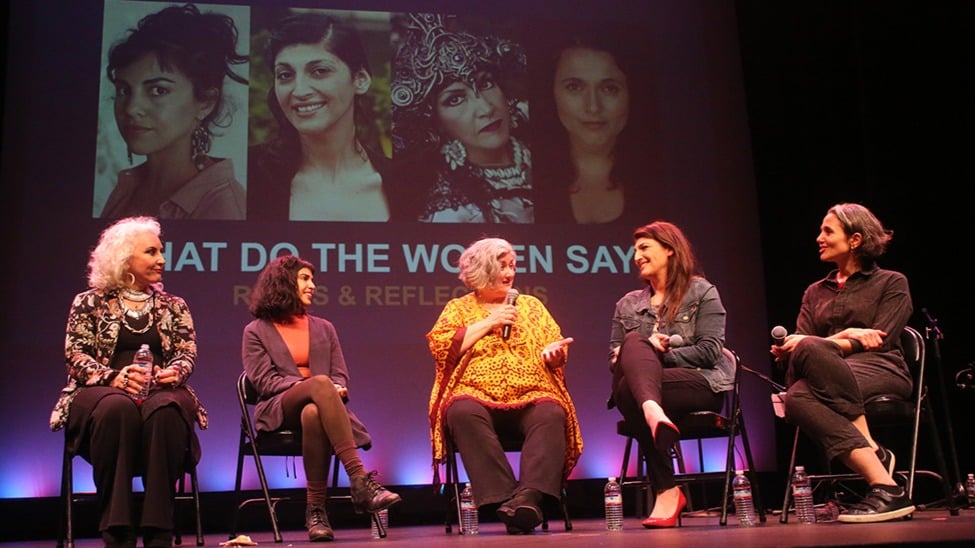 El Samahy is a popular Bay Area actress, who is especially well known for her innovative one-woman show, Oh My Sweet Land, which was based on interviews with Syrian refugees.  El Samahy cooked a batch of kibbeh, the national dish of Syria, during each performance. Yeghiazarian directed the show which was performed in kitchens in private homes, restaurants and community spaces.

Guest artists Sofia Ahmad, Lana Nasser, Sara Razavi, Naima Shalhoub, and Sedef Ecer will join the discussion with reflections on the ways Golden Thread has influenced their artistic careers and their dreams for the future.