WomenArts is a proud supporter of the Bay Area Women’s Theatre Festival,  a thrilling collaboration of 40 of the best theatre companies in the San Francisco Bay Area.

A producing team of 20 “instigators” headed by Michaela Goldhaber (Lead Instigator) and Susan Shay (Festival Producer) has been working for the past year to organize this ambitious festival which will highlight gender parity, diversity, and inclusion on- and off-stage during March, April, and May 2020 as part of Support Women Artists Now Day/SWAN Day 2020.  You can see information about the participating theatres here>> 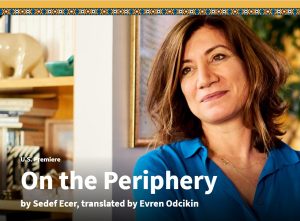 Golden Thread Productions & Crowded Fire Theater will present “On the Periphery,” Sedef Ecer’s play about migrants in Istanbul’s urban slums, as part of the festival.

The three-month festival will be officially launched on March 2, 2020 at 6:30 p.m. with a fundraising party at Peet’s Theatre and Lobby in Berkeley featuring a reading of Susan B., a new play by local playwright Daphne White about Susan B. Anthony and the early fight for women’s rights.  Info & tickets>>

Two Series of Staged Readings
In addition to persuading 40 theatre companies to present works by women+ and non-binary artists, the festival instigators are producing two series of staged readings: 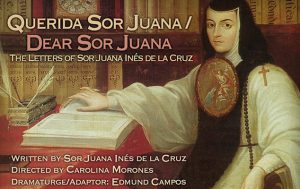 A play based on the letters of the 17th century Latin American nun, Sor Juana Inés de la Cruz will be included in the Classical Reading Series. 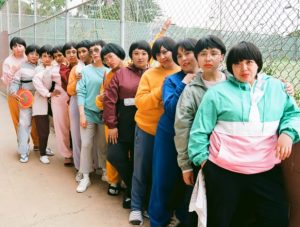 The Granny Cart Gangstas comedy troupe will perform as part of the Amplify! performance marathon.

The festival instigators are also producing a 24-hour performance marathon featuring over 60 acts called Amplify!  Part fringe festival and part epic slumber party, Amplify! will have a little something for everyone – comedy, burlesque, plays, children’s programs, solo shows, musical, workshops, works in progress, devised theatre, clowning and more. Amplify! will run from 6 p.m. on April 18 to 6 p.m. on April 19, 2020 at Brava for Women in the Arts in San Francisco.  Info & tickets>>

The Bay Area Women’s Theatre Festival will provide a rare opportunity to see a wide range of works by women+ and non-binary artists over the next three months.  Each theatre will sell tickets to its own productions, but if you buy a Festival Pass for about $20, you will have access to 20% discounts on participating productions as well as preferred seating at the two series of staged readings.  Buy a festival pass>>

Thanks so much to all of the instigators, who have worked so hard to create this wonderful celebration which will provide visibility and employment to so many women+ and non-binary theatre artists.