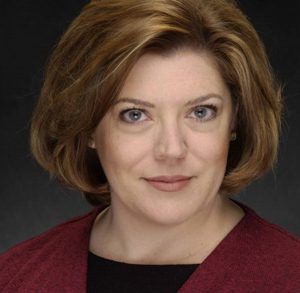 Ten years ago, when Catherine Aselford saw the announcement for the very first SWAN Day, she immediately sent WomenArts a note saying it was a great idea. She is truly a Super SWAN because she has organized a SWAN event in Washington, DC every year since.

For the Tenth Anniversary of DC SWAN Day, she is doing her most ambitious event yet – a multi-day, multi-venue event that includes an art exhibit,  a poetry reading, music by two vocal powerhouses, an art potluck, a sneak preview film screening, and a marathon of staged readings of plays.

DC SWAN Day is the only multi-disciplinary art event in the District of Columbia area. While other festivals may have multiple types of live performances, DC SWAN Day is the only one that includes visual art, film, and poetry, as well as live performances. This inclusiveness emerged organically. From the beginning, poets, storytellers and filmmakers have asked to be included.

A highlight of DC SWAN Day this year will be an evening performance at the coffee house, Baked and Wired by DC based singer-songwriters Heather Mae and Lara Supan.  Heather Mae, who recently won Honorable Mention in the SWAN Day Song Contest, has recently released I Am Enough, a socially conscious EP that shines light on touchy subjects not often covered in pop music. Lara Supan is most well known for her unapologetic combination of musical styles and subject matter.  Friday, March 24 at 7:30 p.m., Baked and Wired, 1052 Thomas Jefferson St., NW, Washington, DC.  Read more on the SWAN Calendar>> 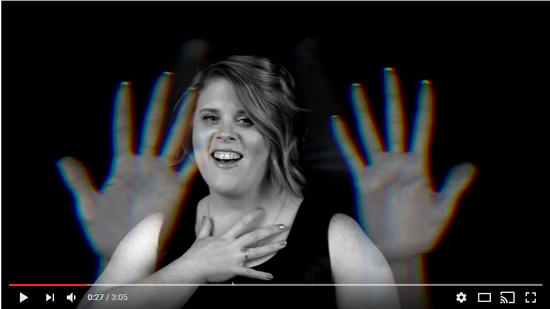 Heather Mae’s song “I Am Enough” won Honorable Mention in the SWAN Day Song Contest.  To watch the video of the song, click the image above or click here>>

Since Catherine Aselford is the Artistic Director of a theatre company, Guillotine Theatre, she immediately recognized that she could create SWAN events that would provide a supportive environment for playwrights to test their work, and every DC SWAN Day has included staged readings of short plays written and directed by women.

For the first DC SWAN Day she presented readings of two plays, sketch comedy by a group called Curvy By Nature, as well as poetry and fiction readings. The event involved about 20 performers and took place in two Washington, DC venues, Grace Church and at Barnes & Noble in Georgetown.

Aselford notes that playwrights have been especially eager to participate in DC SWAN Day. For several years, a panel of readers chose the plays, and they received scripts from all over the United States and even from other countries. This year’s DC SWAN Day will include a 4-hour marathon of staged readings on Saturday, March 25 from 2 – 6 p.m. at Grace Church, 1041 Wisconsin Ave, NW, Washington, DC. Read more on the SWAN Calendar>>

Having an exhibit of visual art was Aselford’s idea, and DC SWAN Day has included art exhibits for three of the ten years. This year’s exhibit, /in(t)?r’akt/, curated by Alia Faith Williams, features the works of artists Jennifer Droblyen, Joy Stern, and Veronica Szalus. The artists were asked to contribute work about the ways that women interact with the world and with their environment.  Baked & Wired, 1052 Thomas Jefferson St NW, Washington, DC through March 28, 2017. Read more on the SWAN Calendar>> 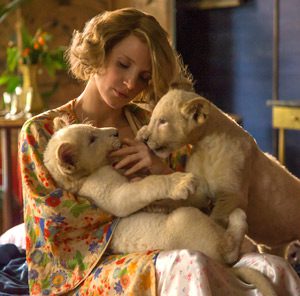 A sneak preview of The Zookeeper’s Wife, featuring Jessica Chastain in the title role, will be part of D.C. SWAN Day

Another key to Aselford’s success is that she has been excellent at finding partners to help her expand DC SWAN Day. Washington’s Women in Film and Video, led by Melissa Houghton, has been a partner for four years. WIFV arranges for permission to show films by women, finds venues that have the equipment to screen the films, and advertises the event to WIFV members.

This year WIFV has helped organize a sneak preview of Niki Caro’s The Zookeeper’s Wife, a film based on the true-life story of Antonina Zabinski, a working wife and mother who took great risks to rescue people from the Warsaw Ghetto in Poland during World War II.

The screening will be followed by a discussion with the film’s director, Niki Caro. Landmark Theatres E-Street Cinema 555, 11th Street N.W. Washington, DC. March 23 at noon. Read more on the SWAN Calendar>>

Poetry On the Fringe Reading 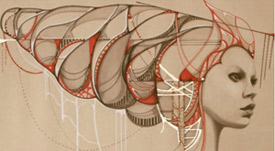 Aselford is also partnering this year with a DC -based group called Poets on the Fringe to offer a free poetry reading featuring work by DC women poets on Thursday, March 23 at 7 p.m. at the DC Public Library in Georgetown, 3260 R Street NW, Washington, DC.  Read more on the SWAN Calendar>>

On Saturday, March 25 Women in Film & Video will host a series of DC SWAN Day events starting with an Art Potluck where instead of bringing food to share, participants bring an object to share in a collaborative artwork. The activities will also include a one-hour screening of short films from around the globe, a table-read of two short screenplays by local screenwriters, and a poetry reading. The Art Potluck welcomes families. Saturday, March 25, 10 a.m. – 1 p.m. at Hickok Cole Architects,1023 31st St NW, Washington, DC

Aselford summarized her experience of SWAN Days over the past ten years.  She said, “I think DC SWAN Day’s greatest impact has been on the artists themselves.” She emphasizes that DC SWAN Day provides a rare opportunity for women artists to meet and work together, and this breaks down their isolation and helps them see their own work in a different context.

Through her hard work and dedication, Catherine Aselford is creating a wonderful environment for the women artists in her community, and WomenArts congratulates her on ten years of a job well done.