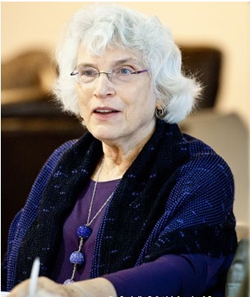 For the past two years Dr. Rochelle G. Saidel, Founder and Executive Director of Remember the Women Institute in New York City, has been compiling a directory of women’s plays about the Holocaust.

Women, Theatre and the Holocaust is a directory of plays by women on the Holocaust and plays about women and the Holocaust. The 87-page guide compiled by Saidel and educational consultant Karen Shulman is available as a free download at: http://www.rememberwomen.org/Projects/women-theatre-holocaust.html.

Now in its second edition, this lesser-known treasure lists plays written over the past seven decades, each with a synopsis and a link to the author’s website (if available). A section on plays by women boasts 138 entries and another on plays about women holds 155 plays (there is crossover, of course). 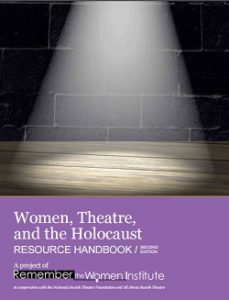 For Saidel, the guide preserves the stories of those who experienced the Holocaust at a time when many are elderly and dying out, and reveals long-buried secrets, including those of sexual violence against Jewish women.  She sees the directory as a way to extend the work of researchers who have been recovering women’s experiences in the Holocaust and other world events.  It also contributes to the work of All About Jewish Theatre in Israel, an organization that has been gathering information about 500 years of Jewish theatre.

A Valuable Repository of Women’s Stories

For people working in theatre, Saidel offers a rich resource that deftly intersects with the movement for gender parity, delivering a storehouse of plays that fill unmet needs for contemporary and classic plays about women’s experiences. 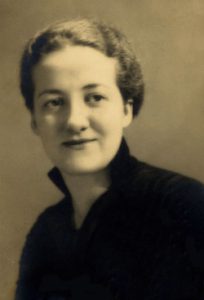 Germaine Tillion wrote “In the Underworld” while she was in a concentration camp.

The plays listed range from Germaine Tillion’s In the Underworld, a deeply textured avant-garde farce written in a women’s concentration camp in 1943, to Elizabeth Swados’ The Secret Window, based on the memoirs of a woman Holocaust survivor who spent months in hiding with a Christian family and written in 1997.

Others are fairly fresh off the page: Stephanie Satie’s now-touring one-woman play, Silent Witnesses, based on extensive interviews with child survivors of the Holocaust, or the opera And the Rat Laughed by Nava Semel and Ella Mich-Sheriff, produced in Israel in 2005 by the Cameri Theatre and the Israel Chamber Orchestra and drawn from Semel’s novel about a Polish priest who struggles to restore the hope of a girl sexually abused while in hiding.

Compiled by searching literature and the Internet and by collecting suggestions from writers and associates, and the guide continues to grow.  If you have inquiries about the directory or you have plays to add to future versions, please contact Remember the Women Institute.

If you want to submit an entry, you should include the playwright’s name, the title of the play, a one or two sentence synopsis, and information about who commissioned it or where it was performed.  Here is a typical entry:

Litwak, Jessica. Promised Land
This play by Jessica Litwak is about the relationship between two women brought together in the forest, as they try to escape from the Nazis. Sonia, a young girl who is an atheist, takes Rivka, the rabbi’s wife, from the ghetto to hide in the forest.
Commissioned by The National Federation of Jewish Culture. 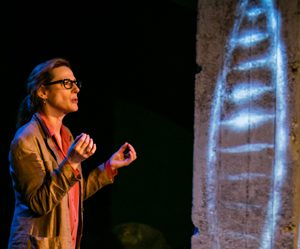 The directory builds on other gender parity efforts. “They’ve gathered together and named a genre: women responding to the Holocaust,” says Los Angeles playwright Stacie Chaiken, who has produced events for the USC Shoah Foundation. She has two solo plays in the guide – What She Left about a grandmother whose gritty assignments as a partisan fighting the Nazis ultimately leave a numbing legacy, and The Dig about an archaeologist in Israel who grapples with layers of cruelty and trauma.

While the story of Anne Frank and her years in hiding is seemingly ubiquitous — Saidel documents no less than 16 plays based on the Anne Frank story – it represents a narrow slice of the many complex roles of women as rescuers, resisters, refugees, partisans, witnesses, escapees, spies, artists, writers, advocates, death camp prisoners, victims of gender-based violence and next-generation survivors. 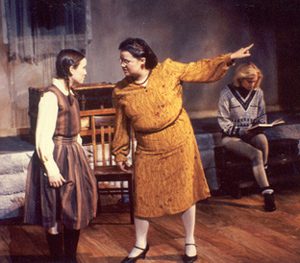 “Much of Holocaust history has been written by men, so the perspectives of women are valuable because, while both men and women suffered atrocities, there were differences between men’s and women’s experiences,” says Meghan Brodie, who in 2014 directed the first U.S. production of Germaine Tillion’s 1943 work. “The students learned about themselves and their role in both remembering the Holocaust and using their voices to speak out against the injustices they see around them,” says Brodie.

As a touchstone for understanding human rights, Holocaust stories are especially valuable for students, adds Carolyn Levy, a freelance director and theater professor in St.Paul, Minnesota whose focus is on social change. She points to an exhibit on Darfur at the U.S. Holocaust Memorial Museum in Washington, D.C. as one of the ways that the past informs contemporary  human rights issues.

Levy has directed three plays listed in the guide, including Kindertransport by Diane Samuels about Jewish children sent to live with strangers in England. “I work in a school where there are almost no Jewish students,” says Levy. “They all read the diary of Anne Frank, but that’s it. It became my job to teach them — a lot. From a Jewish perspective, this is a piece of history. There are people in our country who are saying the Holocaust didn’t happen and I think they’re dangerous. If we aren’t learning about Nazi Germany, we run the danger of seeing more and more things like that happen,” says Levy.

Remember the Women Institute has partnered with the National Jewish Theater Foundation, which is calling upon theatres to sponsor “Remembrance Readings” in April 2017 in recognition of Yom HaShoah, the Holocaust Remembrance Day.  But Chaiken premiered her solo play, The Dig, at the Latino Theater Company in Los Angeles. “The story should resonate with anyone who is marginalized, anyone who is blamed, anyone who is considered ‘other,’” says Chaiken.

The identification of these women’s works also benefits others in the professional and nonprofit theater, says Alexis Greene, an arts journalist and author who attended a May performance sponsored by the American Jewish Historical Society in New York to launch the new edition of “Women, Theatre and the Holocaust” (https://youtu.be/LkGYZPuKYbc). 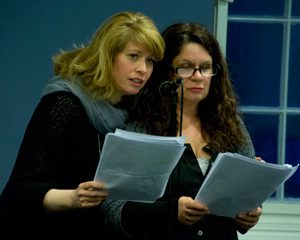 A logical next step, says Martha Wade Steketee, a dramaturg who is on the Executive Committee of Literary Managers and Dramaturgs of the Americas (LMDA), might be to find complementary selections of plays that literary managers can use to build a reading series. While “Women, Theatre and the Holocaust” extends beyond brand new plays to ones that could fill classical slots, Steketee sees a rough parallel to the Kilroys, a three-year old project to disseminate recommendations of new works that can address the under-representation of women and trans playwrights.

“For those of us in the gender parity movement, it’s great to discover these artists,” says Jennie Webb, co-founder of the Los Angeles Female Playwrights Initiative (LAFPI) and Seedlings Program Director at Theatricum Botanicum in Los Angeles.  “You think you know plays by women, and then there are all these stories, all these voices, all these women, and another door opens. It’s fantastic.”