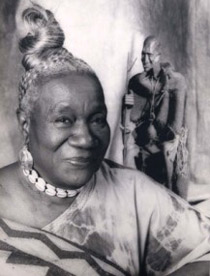 The poem caused a sensation when Beah Richards first read it in 1951 at a Chicago peace conference. It was inspired by the trial of Willie McGee, an African-American from Laurel, Mississippi who was sentenced to death in 1945 for allegedly raping a white housewife. Although many notable people spoke out on his behalf, he was executed in 1951.

In Richards’ poem, she asks white women to consider their own lack of power and their complicity in the perpetuation of the racism that resulted in the death of McGee and many other black men.  You can see Richards performing excerpts of the poem and hear her describe the first reading in the video below.

Admission to the event is free, but the Ensemble asks for donations in order to support future programming and productions. 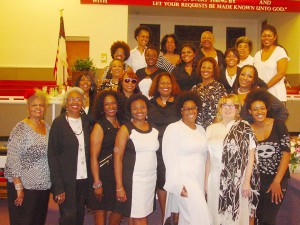 Members of the Maiden Voyage Ensemble

The Maiden Voyage Ensemble, a company of women from the Cleveland Area, is a collaborative group of women in theater and performing arts dedicated to celebrating women’s creativity. Their mission is to engage, inspire and entertain audiences, while raising awareness of women’s issues, and providing opportunities of creative expression for women of color while bringing the fine arts to the under-served communities of Cleveland.  For more information, please visit their Facebook page.