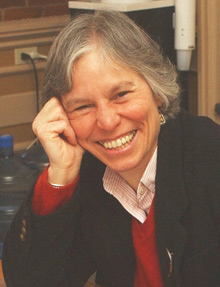 The San Francisco/Bay Area has long been recognized as a hotbed of theatrical innovation. With more than 400 companies in nine counties, the region has more theatre companies per capita than almost any other metropolitan area in the US. Approximately 200 new plays are premiered here each year, many going on to wider success.

And yet – the number of adequately-paid theatre jobs for playwrights, directors, and actors is tiny. The Not Even report is based on data that Valerie Weak started counting in 2011, because she was concerned about her own lack of work as a union actor. If we take a closer look at the salaries of theatre artists in the region, we can see why anyone working in theatre would be concerned by a dip in income.

According to the U.S. Census, the median salary for the general population in the Bay Area is approximately $72,000 per year or a little less than $1,400/week. But theatre artists make far less than that from their stage work. For instance over 60% of the union actors in this study made somewhere between $177/week and $600/week for the weeks that they were working as stage actors. That’s less than half of the median weekly income for other people in the region, and those are the actors with enough professional credits to join the union. The non-union actors usually receive small stipends or nothing.

So it is a miracle that we have a theatre scene here at all, especially one with so much vitality. The miracle is only possible because so many playwrights, directors, actors, and other theatre personnel are willing to juggle other jobs and make huge personal contributions of time and energy for very low wages. The situation is challenging for everyone in theatre, but as Valerie Weak’s research shows, it is worse for women because they get fewer jobs, and the jobs they get tend to pay less than the jobs of their male peers.

The Not Even study examines gender data from 500 shows over the past three years, which is not every single show that was done, but it is certainly enough to get a sense of major trends. Also, the statistics in the Not Even report are consistent with the results of similar studies around the country. Since the funding for this kind of research is negligible, most of the studies have been done by dedicated volunteers like Valerie Weak.

In spite of these consistently daunting statistics, there are some hopeful signs of change both in the Bay Area and nationally.  There has been a groundswell of discussion and organizing here. Women here have organized a Facebook group of feminist theatre artists with almost 600 members and monthly salons, as well as a Meet-up group of women who go to plays by women together. Works by Women SF tracks local events and keeps us up to date on national and international feminist theatre trends. We have established an active Gender Parity Committee at Theatre Bay Area, an alliance of over 400 local theatre and dance companies; and our largest non-profit theatre, American Conservatory Theatre is spearheading a study on women in theatre leadership roles.  Shotgun Players in Berkeley has just launched a season with all women playwrights.

On the national level, over 50 theatres in Washington, DC are joining forces to produce premieres of works by women playwrights this fall as part of a city-wide “Women’s Voices” festival, and additional gender parity studies are being done by Boston’s StageSource, the Lilly Awards Foundation, and Theatre Communications Group.  The Equity in Theatre initiative of the Playwrights Guild of Canada is issuing a study on Canadian women in theatre in April 2015.

In my forty years of working in and around theatres, I have had many conversations with highly-skilled women who were doubting their artistic talents and thinking of leaving the field because they were not being hired. I always try to remind these women about the history of the Works Progress Administration (WPA), a massive federal employment program designed to put Americans back to work during the Great Depression of the 1930s. There was a lot of controversy at the time about whether artists should be included in this program. Many were skeptical that “unemployed artists” had enough talent to create anything worthwhile. But it turned out that many of America’s greatest artists were out of work and needed jobs. The list of WPA artists includes artistic giants such as Zora Neale Hurston, Arthur Miller, Eudora Welty, Ralph Ellison, Alice Neel, and Orson Welles.

Thanks so much to Valerie Weak for channeling her frustration about being unemployed into a report that can help all women see that their lack of employment is part of a larger pattern of discrimination instead of a reflection of their individual talent. Let’s hope this study gives all of the amazing women in our field the courage to keep doing their art in spite of all the obstacles.