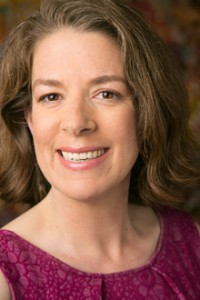 I started the Counting Actors Project because of a hunch. I kept noticing something was off about the artists I was seeing at auditions and onstage. It seemed like more men were working than women. On a personal level, I’d recently joined Actors’ Equity, my 40th birthday was getting closer, and I just wasn’t getting cast.  As someone who’d worked fairly consistently as a younger, non-union actor, I couldn’t work out the reason for the apparent change in my castability.

Why had the work dried up?  Was it me?  How much work was out there for a female union actor anyway? The first two questions seemed hard to pin down.  But in finding an answer to the third, I thought I might get partial answers to the first two. And so, in 2011, I started counting.

I began by counting the number of female and male actors, playwrights, and directors working on shows I saw that month.  I published the numbers on a blog I was keeping at the time, and they sparked some interest.  Then, I asked readers of my blog, friends, and colleagues from the theatre community to count with me.  They emailed me numbers from shows they were working on or seeing, so I could include those too.

Once I had counted 100 shows, I decided to see how things stacked up when the type of union contract was factored in.  After a conversation with a colleague who runs a new works company made me wonder whether productions of Shakespeare, Shaw and Chekhov could account for the discrepancy in playwright numbers, I started tracking the year each play was written.  I analyzed the aggregated data for shows 101-200 and 201-300 and published the trends on my blog.

In 2013, when I had counted nearly 250 shows, I wrote an article for Theatre Bay Area Magazine, sharing the data trends and asking local playwrights, directors and actors how these numbers connected to their perceptions about how much or how little work they were getting.

While I have been counting, women artists in our community have also started to talk.  Like me, they’ve noticed something is wrong.  Some feel they have been working harder than their male peers, but not getting as much recognition.  Some believe they have been impacted professionally because of their gender.  These women have started organizing into groups, and taking action.  They have been inspired to produce their own work, to ask for childcare as part of negotiation, to see and support the work of other women artists.

One of these groups is Works by Women San Francisco, an online advocacy site curated by Christine Young.  In February 2014, I was able to move my monthly posts to WWSF and connect with a larger audience.  In November 2014, WomenArts, helmed by Martha Richards, commissioned this report in order to share an analysis of the cumulative data from 500 shows counted between 2011-2014.

As I’ve worked on this project, I’ve had to make some tough decisions about what and how to count.  First, I acknowledge that my counting method privileges a female/male gender binary.  Transgender artists are included in this project, but counted as female if they use a she/her pronoun, male if they use a he/him pronoun, or genderqueer if they use zhe/hir/they. Since the genderqueer data I’ve managed to collect is extremely small, I have chosen to omit it from this version of the report.  Next, I have not tracked age or race/ethnicity.  Since much of my collected data comes from outside observers, assumptions about these identity categories could easily be incorrect or misleading. Unfortunately, gathering self-identified demographic data was beyond the scope of this volunteer project. I hope that those with better funding and organizational infrastructure will consider tracking these categories in future data gathering efforts.

Working on the Counting Actors Project has changed me.  I’ve been able to see just how much (or how little) work is being produced in a given month, and I’ve discovered that my hunch was correct – something is off for women theatre artists in the San Francisco/Bay Area. It has been particularly shocking to discover just how few opportunities there are for female playwrights here.

Over the course of working on the project, I’ve come to realize that while I have no control over what projects a company chooses to produce, or whether or not I am cast in a project, I do have control over the material I use to audition. I now actively seek out the work of female playwrights to use for audition monologues.  When I’m auditioning, I feel that I’m not just there to vie for a role, but also to introduce a director or an artistic leader to a female playwright they could be producing.

Finding this larger mission in the audition process is an example of how working on the Counting Actors Project has transformed me from an artist into an artist-advocate.  While I’m still noticing differences in the numbers of women and men working, I’m also seeing that change is possible, and that when women’s voices and contributions are prioritized, parity can happen.