I knew that one day I would write an opera about the struggle of African Americans, because an opera would give me the space to express the fear, the anger, the sorrow, the love, the faith, the determination, the joy of working together for a higher cause . . . It was my way of paying respect to the greatness of the ordinary people who suffered and died to bring about change in this country. 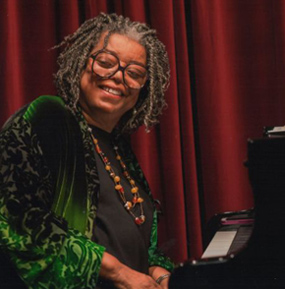 WomenArts has been working with composer Mary D. Watkins for the past five years to develop her opera originally known as Dark River: The Fannie Lou Hamer Story. We collaborated with the Mount Holyoke Symphony Orchestra to present a full-cast version in Massachusetts in April 2014. This year we have been working to develop a smaller, more portable version of the opera’s highlights.

We have been collaborating with Atlanta’s prestigious National Center for Civil and Human Rights and the innovative Agnes Scott College, and we are proud to announce that the Southern Premier of the concert version will take place on Sunday, April 24, 2016 at 3 p.m. in Presser Hall at Agnes Scott College in Decatur, GA. Admission is free but reservations are recommended.  Reserve tickets online at: fannielouhamer.brownpapertickets.com.

Fifty years ago, Fannie Lou Hamer was one of the first African-Americans to register to vote in Mississippi.  She became a leader in the Student Non-Violent Coordinating Committee and the Mississippi Freedom Democratic Party and she endured death threats, beatings, and imprisonment in order to obtain voting rights for her people.

Although Fannie Lou Hamer was the daughter of sharecroppers with little formal education, her electrifying speech prior to the Democratic National Convention in 1964 focused national attention on voter inequality.  She played a substantial role in the movement that pushed President Johnson to sign the Voting Rights Act of 1965, which outlawed discriminatory voting practices.  She often sang at rallies to motivate the crowds.

Voting Rights Are Still At Risk 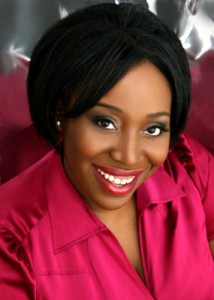 The opera is especially timely because the voting rights that Fannie Lou Hamer fought for are under attack once again. The Supreme Court recently invalidated the enforcement provisions of the Voting Rights Act of 1965, and as we move towards the November elections, some states are trying to impose new restrictions on who can vote.

The opera also captures the particular challenges faced by women activists – Fannie Lou Hamer had to fight against sexism as well as racism throughout her life.  The opera explores Fannie Lou Hamer’s decision to fight for her rights, her challenges, her triumphs, and the impact of her activism on her husband and children.

The opera’s music is a unique combination of classical, jazz, blues, and gospel styles. Composer Mary D. Watkins trained in classical music at Howard University and has written for symphony orchestras, chamber and jazz ensembles, film, theatre, and choral groups, in addition to being a popular recording artist for Olivia records in the 1970s. See her full resume>>

Andrea Chinedu Nwoke from New York and Philip Lima from Boston will the roles of Fannie Lou Hamer and her husband Pap Hamer, accompanied by a 12-member chorus and the Agnes Scott College Community Orchestra conducted by Qiao Solomon.  The performance will also include two orchestral pieces by African-American composers, Soul of Remembrance by Mary D. Watkins and Afro-American Symphony by William Grant Still.

Special thanks to the National Endowment for the Arts, the Starry Night Fund, the James T. and Ella Rather Kirk Fund, and Delta Airlines for their generous support.