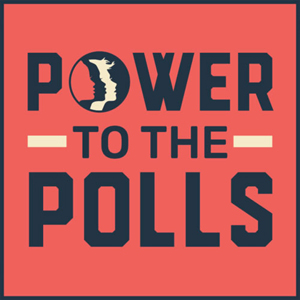 There will be over 250 Women’s Marches this Saturday and Sunday to mark the one-year anniversary of the huge protests that were held last year in response to President Trump’s inauguration.

The theme of the marches this year is  “Power to the Polls,” and the goal of the organizers is to launch a national voter registration campaign that will convert the groundswell of women’s activism over the past year into the deciding force in future elections.

Thousands of women have been inspired to become activists and to consider running for office as a result of the marches last year.  As Tamika D. Mallory, co-president of Women’s March said recently, “In 2018, we must turn our work into action ahead of the midterms. This new initiative will address voter registration and voter suppression head on.”

The Women’s March has partnered with Rock The Vote in their voter registration efforts.  To register to vote, please visit their Voter Registration Page>> 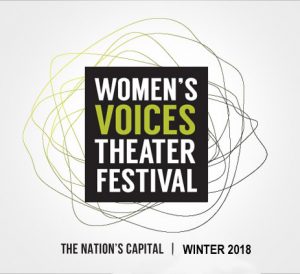 The Women’s Voices Theater Festival in Washington, DC has invited theatre artists around the world to organize free readings of unproduced plays by women on January 21, 2018 as part of a new celebration called  International Women’s Voices Day.

The Women’s Voices Theater Festival teamed up with National New Play Network and the New Play Exchange®  this year to create International Women’s Voices Day. They scheduled it on January 21, 2018 in honor of the one-year anniversary of the historic Women’s Marches last year.

Their initiative has inspired play-readings around the country and a three-day Hawaii Women’s Voices Theater Festival.

The Women’s Voices Theater Festival in Washington, DC made history in 2015 by producing 52 world premieres of plays by women in two months – the largest festival of women playwrights ever.  In January and February 2018 the festival is presenting full productions of contemporary plays by women at 26 theatre companies in Washington, DC.  Allison Janney, who recently won a Golden Globe Award for her acting in the film, “I, Tonya”  is the Honorary Host this year. 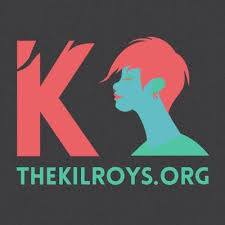 Reading the Kilroys List is an informal group of theatremakers in the San Francisco Bay Area who love new plays and seek gender parity in theatre. Their aim is simply to read great plays in great company.  If you are looking for a way to organize inspiring readings of plays by women, this is a  great model because it is so easy.

Here’s how it works:

1) Go to The Kilroys website (the reading group is a fan group, not an official affiliate) and check out their lists of the best un-produced or under-produced new plays by women and trans artists.
2) Go to the New Play Exchange, and see which playwrights have made their full scripts available.
3) Download the scripts from the New Play Exchange.
4) Get together with friends and read some awesome plays!

If you are in the San Francisco Bay Area, this Sunday’s reading will be “Sojourners” by first-generation Nigerian-American storyteller and educator, Mfoniso Udofiya.  See the Reading the Kilroys List Facebook page for more information.