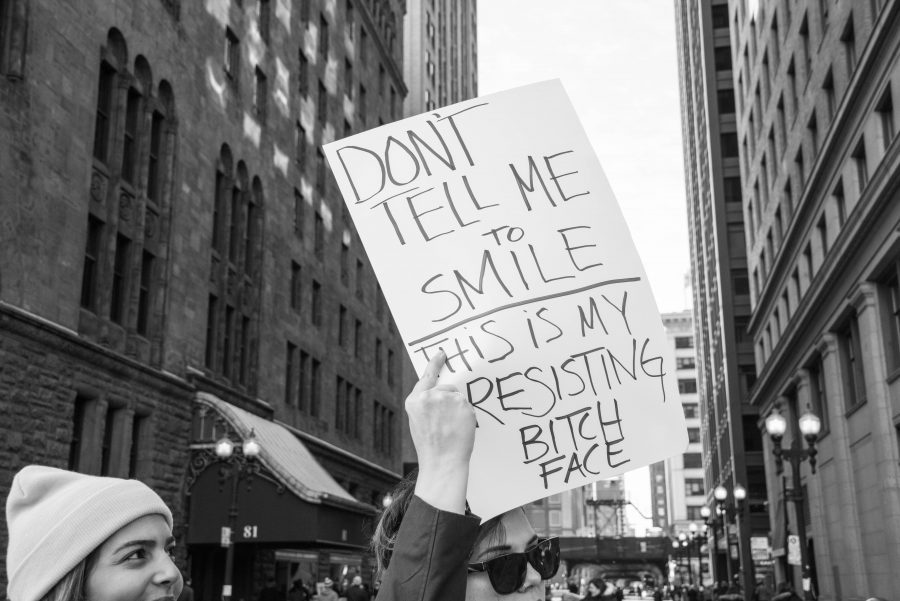 Over 300,000 flooded the streets for the Women’s March to the Polls! The March was organized by Womens March Chicago organization in Chicago. Nancy Bechtol, APA photojournalist documented for over 6 hours of the powerful event. for this featured exhibit at the Lost Artists Colony,  she exhibits a selection of photographs. Yes, all over the country and on that day 1/20/18 the world watched and joined in with support.    In Chicago – Following is the statement of the board of Women’s March Chicago following the successful rally and march in Grant Park Saturday:

“A year after the Women’s March on Chicago exceeded our wildest expectations, today’s MARCH TO THE POLLS demonstrates that the voices of women and their allies are stronger than ever. Today we marched. Tomorrow we vote.”