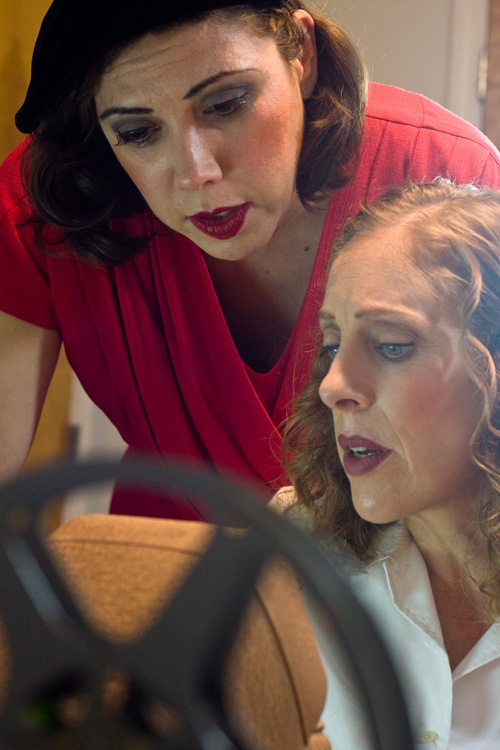 A 1960s film professor searches for the missing film masterpiece
of an obscure lesbian director, killed pre-World War II at the height of her talent. The lecturer speculates she was murdered because she defied movie studio heads by flaunting her sexuality with their “it” girl. But once the director’s former lover, an aging, reclusive German movie-star, is involved in the search, a more disturbing narrative unravels. Moving between 1930s Berlin and Hollywood and the late ’60s, this play weaves film and video projection into a theatrical production like nothing you’ve ever seen.